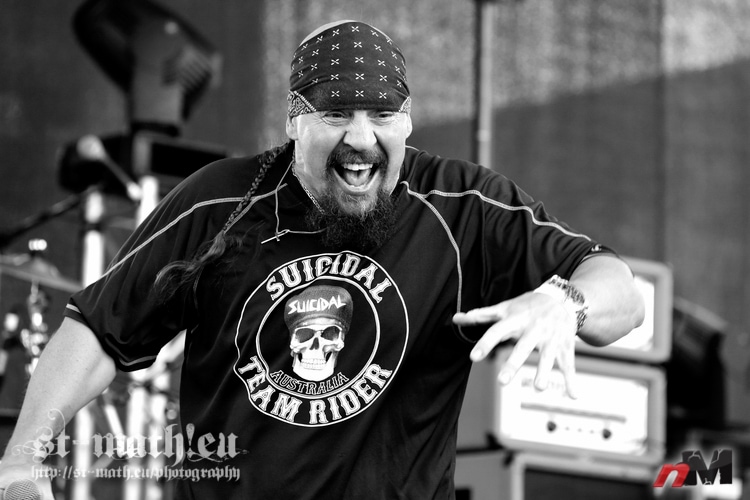 Unfortunately due to the Corona virus, concerts and gatherings pretty such all around the World are being cancelled. Obviously peoples health and safety come first at this time and it’s out of our hands.

Hellfest in France that both ST and IG were supposed to play this year has been cancelled and they are hoping to move to June 2021.

All the upcoming ST shows and festivals in May, June, July and August have been cancelled or postponed to next year We hopefully will have info on the postponed shows.

Also, the Infectious Grooves show at the Warfield Theatre on June 13th has been cancelled.

If you purchased your tickets via AXS online or phone, a refund will automatically be issued to the credit card you used to purchase within 30 business days. Otherwise, refunds are available at your original point of purchase.

Because no one really knows at this time when things will go back “to normal”, most festivals and events can’t be moved and are setting up for next year or cancelling.

Again, we’ll have more info as we get it, but it will probably be a while before anyone really knows what’s going on.

In the meantime, STay Safe and Sane! 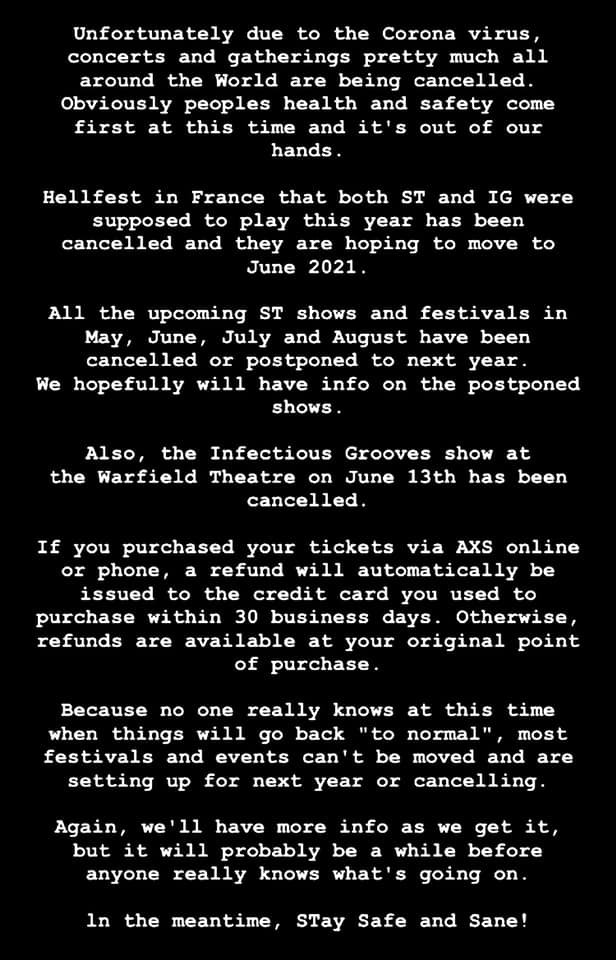