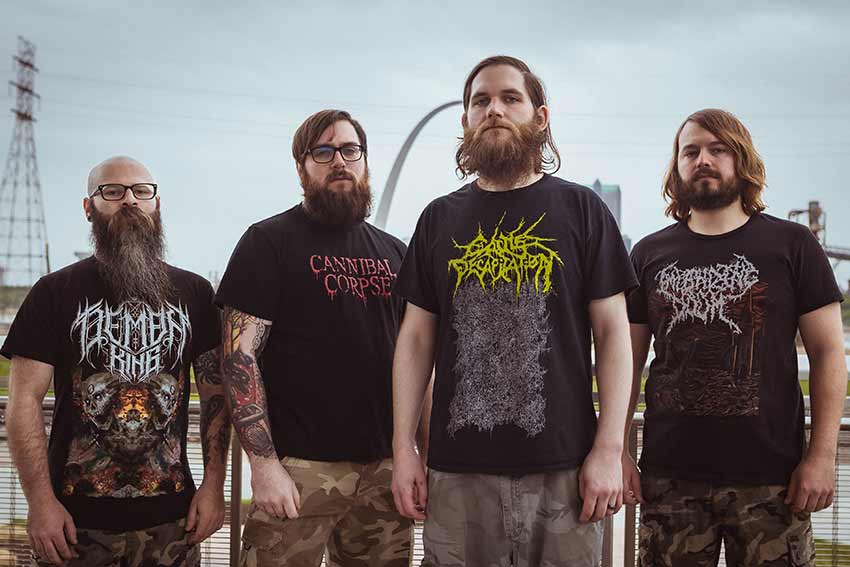 St. Louis, Missouri tech-death metal band Summoning The Lich have announced a handful of shows in the U.S. for August and September. The gigs will also see sets from The Behest of Serpents and Carrion Vael — all dates are listed below.

A presser says, “The shows will be SUMMONING THE LICH’s first live dates since the release of their debut long player, United In Chaos (available to purchase here), in February.”

Speaking on the tour news, the band comment: “We’re incredibly stoked to get back out and play some shows! A big shout out to the dudes in The Behest Of Serpents and Carrion Vael for having us out, we’ve been wanting to jam with them for a while so it’s fitting these dates are our first nights back. Our hometown show celebrating our album release is going to be insane with some of our best buds to play and party with us. Pit for the Pits is going to be absolutely killer, the lineup is wild and we are stoked to finally see/meet these bands.”

To coincide with the tour announcement, the band have shared a performance video for “United In Chaos,” which was recorded by Gabe Usry and filmed by Danny Tilson at Encapsulated Studios — see the clip after the tour dates.