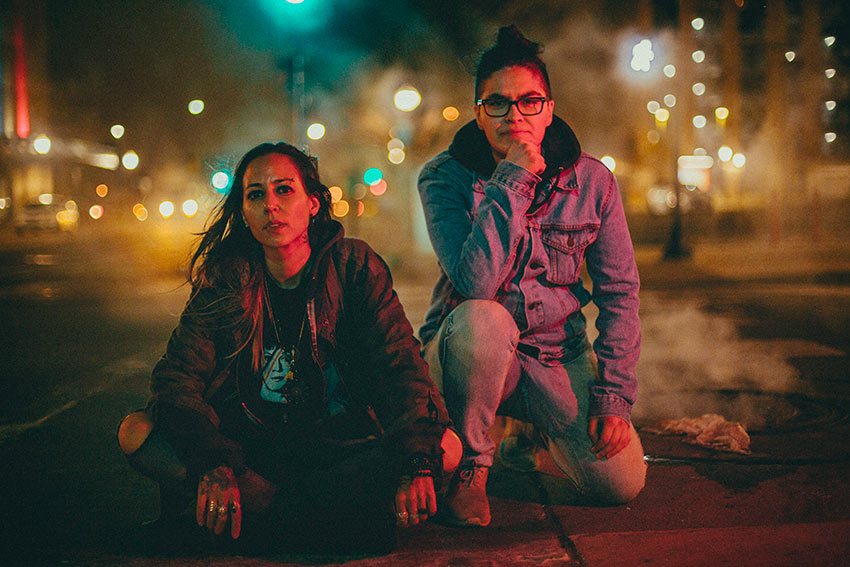 Following the release of their successful singles “Illusion of Freedom” and “La Petite Boche” earlier this spring, garage punk pairing Tarah Who? – consisting of singer /guitarist Tarah Carpenter and drummer / backing vocalist Coralie Hervé – are now ready to officially unleash their new tune “Bad Time” tomorrow, June 11th. For exclusive early access, scroll down below to listen to the entire track, which touches on the topic of #MeToo, the social movement against sexual abuse and sexual harassment.

Speaking on the new single, front-woman Carpenter says, “I named this song ‘Bad Time’ initially because one recurring sentence in the song was “Wait, is this/now a bad time?” implying that there is never a good time to talk about being a victim of sexual harassment. Whether you have had or needed time to digest what happened to you and finally mature and adult enough to confront the situation, people, family members will wonder “why didn’t you tell us before?”. The fear of being called a liar or destroying relationships by revealing years later those acts.

Tarah, who was born in France, started Tarah Who? as a solo project while at a warehouse party in Los Angeles (a gig she found on Craigslist). Tarah eventually connected with Coralie and that was when the current form of Tarah Who? was born. All three aforementioned singles follow the band’s 2020 EP ‘64 Women,’ which was dedicated to 64 women who were detained in an immigration detention center in downtown L.A. on November 19, 2014 (alongside Tarah herself).