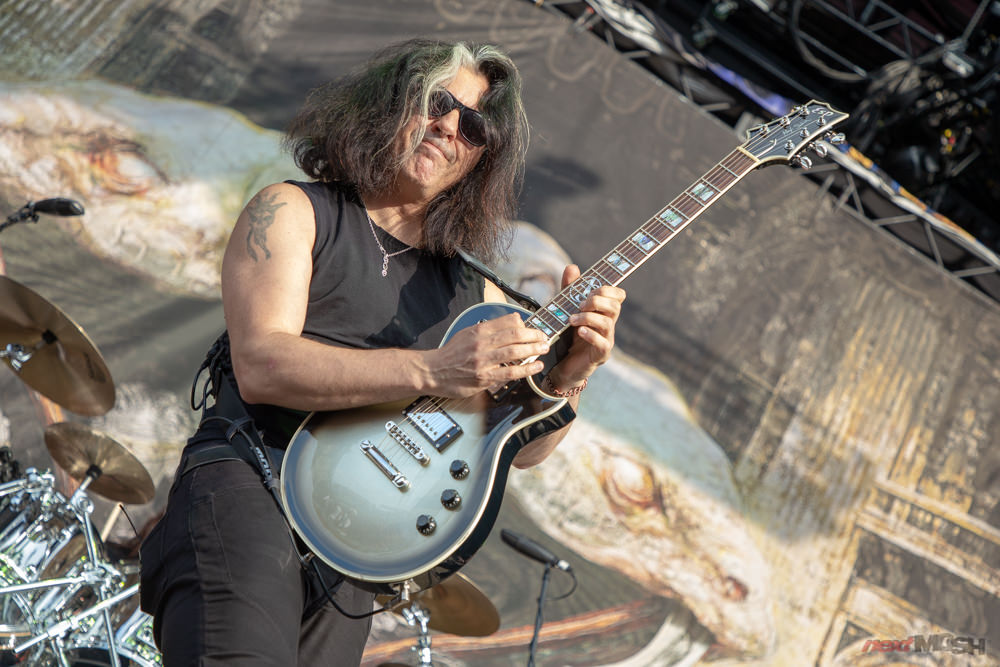 Bay area thrashers Testament have dropped their official clip for single “Children Of The Next Level,” which appears on the band’s just released LP on Nuclear Blast, ‘Titans Of Creation.’

Being so busy with touring, we weren’t able to schedule a video shoot and thought we’d try something different and came up with a killer animated video for the song ‘Children Of The Next Level’. With the song being about the Heavens Gate cult, we thought it would make for a good visual story. It takes a lot of time and effort to make animated video and it was really cool to watch the process as it came to life. i think it came out awesome.

Watching clips as it was being put together was exciting, but after seeing it for the first time from beginning to end, its hilarious as hell and lots of fun to watch. It sticks to the story board of lyrics while remaining very entertaining to watch and much more, I think even non metal fans will love this too!