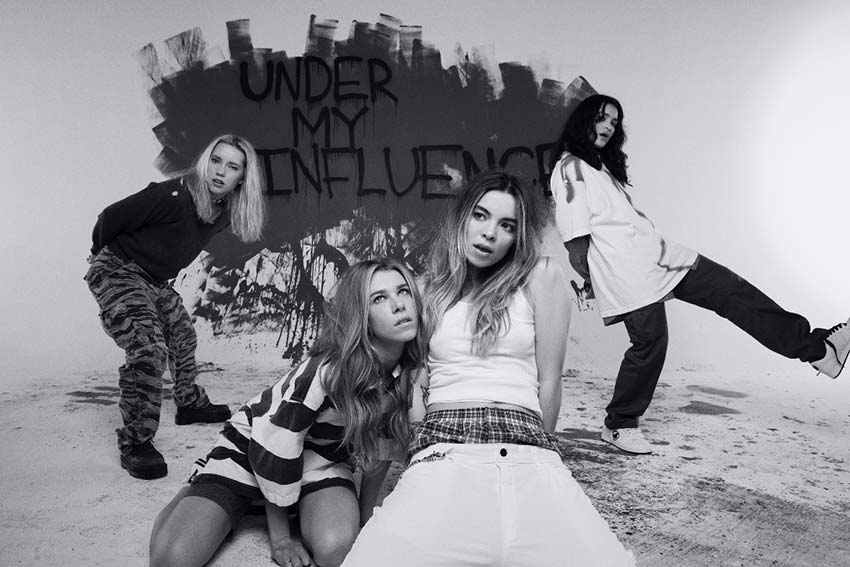 Utah pop-rockers The Aces have announced a live stream concert event that will see the band showcasing their newest full-length studio album, ‘Under My Influence,’ which was released this past July.

The virtual event will be streamed from Los Angeles on Tuesday, September 1st at 11AM PST (2PM EST) and again at 4PM PST (7PM EST). 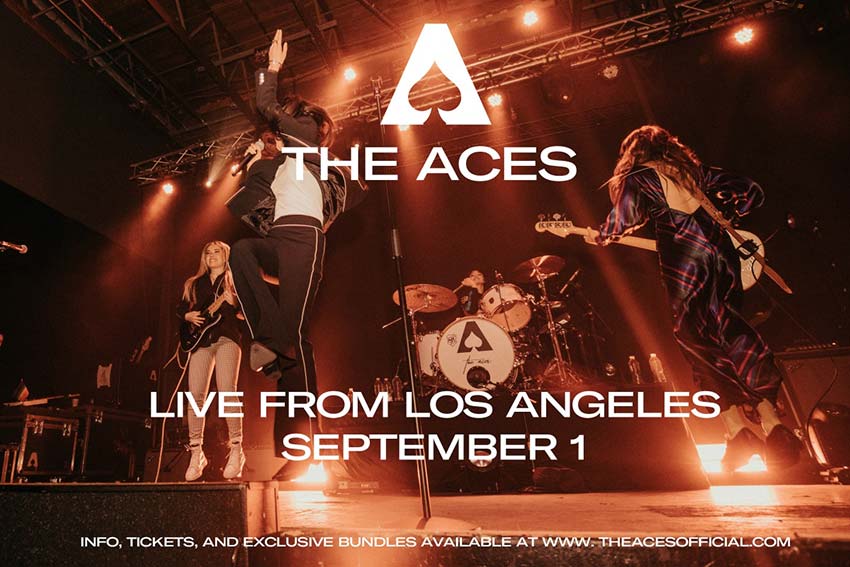 It’s been two years since The Aces released their acclaimed debut album, When My Heart Felt Volcanic. In those two years, the band sold out their headline US tour, supported 5 Seconds of Summer, and spent countless hours documenting everything in-between in the songs that make up Under My Influence. This isn’t just an album brimming with honesty, it’s an album brimming with trust—trust in themselves, as individuals, as a group, and with their fans.

Under My Influence brings fans deeper into The Aces’ world of funk-tinged romance, heartfelt breakups, and relentless positivity—no matter what’s going on. Together, sisters Cristal and Alisa Ramirez (vocals/guitar and drums, respectively), McKenna Petty (bass), and Katie Henderson (lead guitar/vocals) — all friends since grade school in Provo, Utah — explore growing up and falling in love in the 21st century with candid honesty and endearing relatability. With Under My Influence, The Aces push its sound to more buoyant heights, grounded in learned realities. Where When My Heart Felt Volcanic left off with the hope of a lover returning, Under My Influence finds The Aces standing tall, cheeky, and fantastically independent.