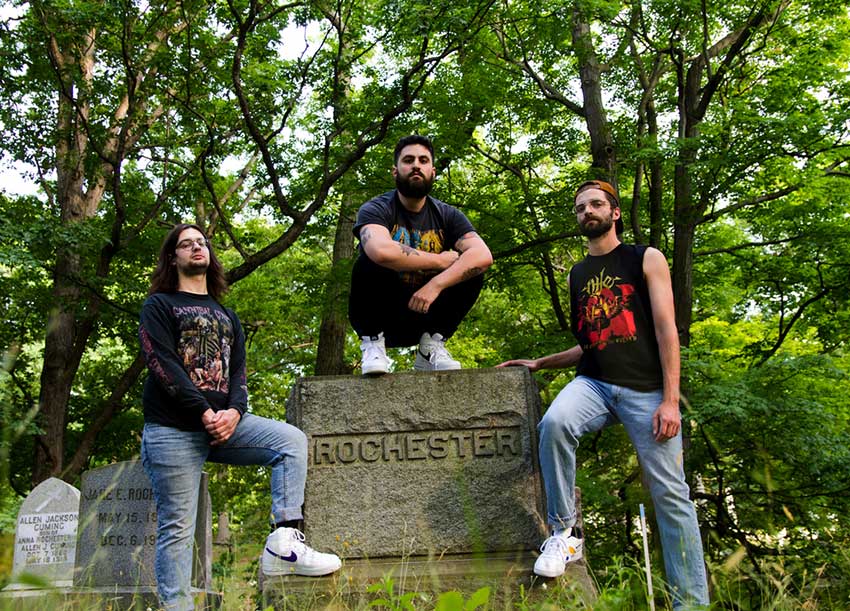 Rochester, NY death metal trio, UNDEATH have signed to Prosthetic Records, and are currently preparing to release their debut full length album, Lesions Of A Different Kind. The title track from the album features The Black Dahlia Murder’s Trevor Strnad, and is currently streaming exclusively with CVLT Nation [stream it below] – who will also be hosting the band as part of their Sonic Unrest Vol.1 virtual festival this weekend. Lesions Of A Different Kind is set for release on October 23; pre-orders are available now.


Of the track, the band comment:
“Trevor is the man and has put us on from the very beginning. He even came out to our first-ever Brooklyn show, which was also our third or fourth show ever. We’re all fans of The Black Dahlia Murder and really admire how much Trevor supports and promotes underground bands, so asking him to be on this song was kind of a no-brainer – and he killed it! We played this song live a few times before COVID hit and it quickly became one of our favorites in our set. Once shows start back up we can’t wait to bust this one out and jump in the pit with everyone. Until then – we hope everyone enjoys this track’s rampaging immediacy and deadly hooks – mosh your living room to pieces!”

Having heard the two demos that UNDEATH released in 2019, Prosthetic Records’ Steve Joh comments: “I loved the demos, the riffs are sick. So psyched that we get to work with them.”

UNDEATH add: “Prosthetic has released tons of albums from bands we really admire (Trap Them, Kylesa, Mutilation Rites and Clinging to the Trees of a Forest Fire, just to name a few), so the fact that UNDEATH gets to be a part of that history is sick. We are totally excited to be working with Prosthetic to get our music out to all you sick death metal freaks!”

The trio’s collective decades of musical consumption, compositions, performances and influences have converged in this one swirling mass of horror-flecked heavy metal. Skull crushing death metal reigns supreme; if the blood-spattered glory of Carcass is your (body) bag, if the headbang-inducing brutality of Cannibal Corpse is too much for you to resist, then UNDEATH have served up a feast for you. Lesions Of A Different Kind is the sound of three lifetimes of subterranean sickness and death metal worship coalescing in a severe brain-bludgeoning that clocks in at just a little over half an hour.

This weekend, UNDEATH will take part in CVLT Nation’s Sonic Unrest Vol. 1 virtual festival alongside the likes of Casket Huffer and Churchburn. Their set will broadcast on Friday, July 10 at this location, for more details, click HERE 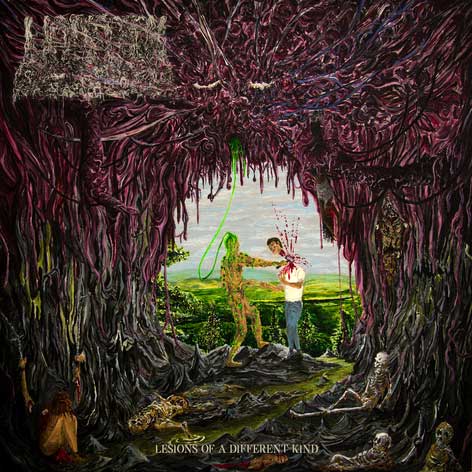