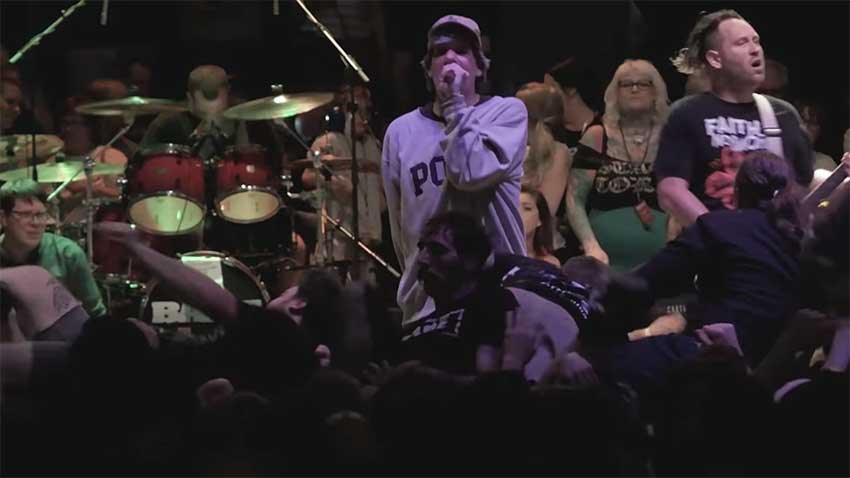 Video producer hate5six has released exclusive footage of MA hardcore punk legends Bane and their farewell show live from The Palladium in Worcester on June 18, 2016.

Leading up to the clip’s premiere, Bane stated:

The premiere of the final show is less than an hour away and we just wanted to say thank you to every single one of you that has helped make this happen. The premiere has always been about Brendan Maguire and his fight against cancer. Sunny hate5six.com set a release goal on GoFundMe and you all helped to smash that in under 24 hours, so the release preparations began. Sunny then raise the GoFundMe goal because so many people were still interested in donating and we are now at $35k. This love from you all is mind blowing.

We are going to try and hit 50k by the end of the premiere but we just wanted to say thank you in advance to everyone that is watching. We will all be there with you, including Stu, to chat as our last time on stage together plays out. We have never seen this footage and we are ready to be super emotional along with all of you.

We love you all so much, BANE

As noted, bassist Brendan “Stu” Maguire needs our help with his battle with cancel. Here’s the link to the GoFundMe campaign organized by hate5six.