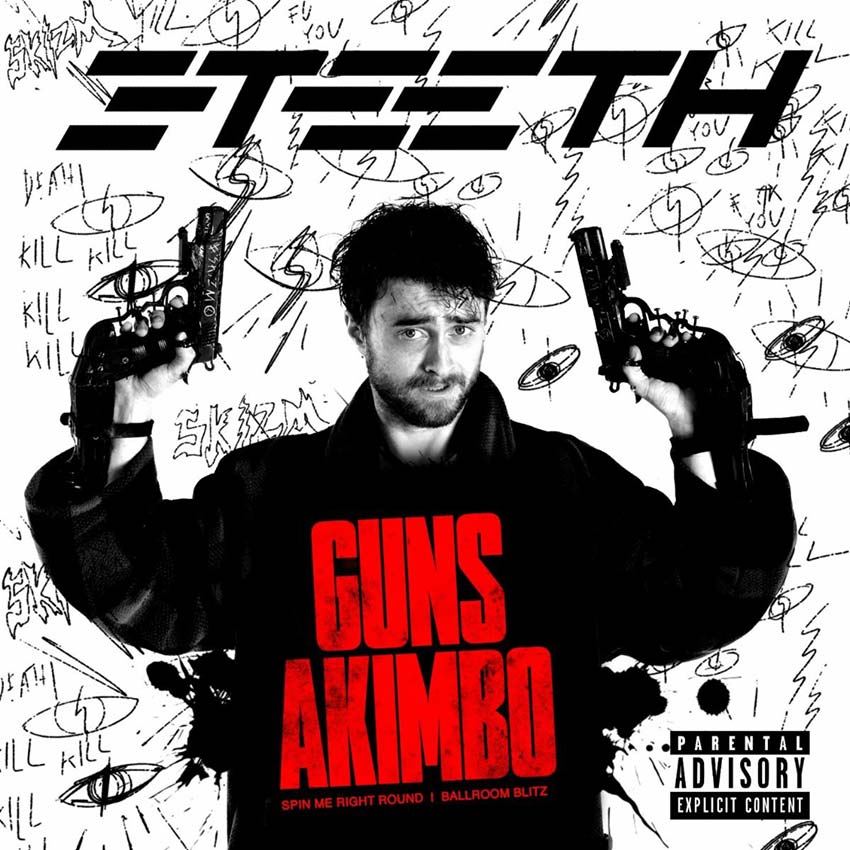 3TEETH releases Guns Akimbo two track album featuring cover songs of “Ballroom Blitz” by Sweet and “You Spin Me Round (Like A Record)” by Dead or Alive. Both songs are featured in the 2019 film Guns Akimbo starring Daniel Radcliffe. Purchase or stream the new music HERE.

“We were in the middle of an 8 week summer tour when Jason ( the director ) hit me up on twitter basically asking if we’d be interested in working on some music for his new movie. I thought his last film Deathgasm was super fun and when he told me the plot and showed me some scenes for Guns Akimbo I was immediately interested. He then told me the cover songs it would be which made me a little skeptical and than told me we basically had like 10 days to turn in masters which was pretty daunting because we literally had 1 day off on our tour schedule which landed 2 days before it needed to be turned in. I knew it was going to be nearly impossible but I said fuck it, we’ll make it happen. So after our show in Nashville we spent a full 12 hour day at Southern Ground studios and didn’t leave till we had the tracks. I remember thinking to myself at one point, why fuck did I agree to this time frame and how badly everyone just wanted to sleep in on our day off but somehow someway it wall worked out and Jason and the producers loved the music. So the lesson learned here is, fuck days off,” states 3TEETH frontman Alexis “Lex” Mincolla about the release.

“I was approaching the end of Guns Akimbo post production, and had a big problem. None of the music cues for a particular action scene were working. The scene features our hero Miles (Daniel Radcliffe) being tracked down to his work by a deranged spree killer, who proceeds to spray the office with a lead bukkake. It needed something special. I decided to reach out to one of my favorite bands: 3TEETH. I had been thrashing their latest album METAWAR, which is pretty much the official soundtrack to the apocalyptic hellscape we call modern society. I knew their catchy brand of industrial metal would be perfect for the on-screen insanity.

Although they were busy touring, Lex generously agreed to smash out a version of Dead Or Alive’s – “You Spin Me Round” on one of their rest days. I was under the gun, being told that if we didn’t have a track in a few days, a lame generic music cue would have to suffice. Fortunately, 3TEETH blew everyone away with a crushing take on the 80’s glam pop hit that both surpasses and subverts it. The producers loved the track so much that they agreed to have them record a second cover song, Sweet’s Ballroom Blitz. Working with 3TEETH on the film was an absolute blast. These singles are like crack for your ears, and compliment the bubblegum hyperviolence of Guns Akimbo perfectly,” adds director Jason Howden.

3TEETH’s latest album, Metawar, was released via Century Media Records in July of 2019 to much acclaim. The full-length album, which was produced by Sean Beavan (Nine Inch Nails, Marilyn Manson), is available HERE. 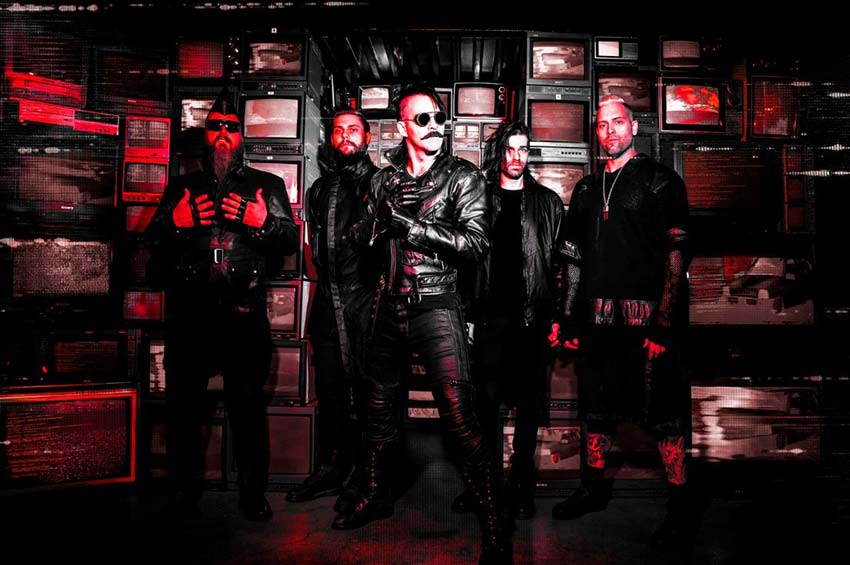