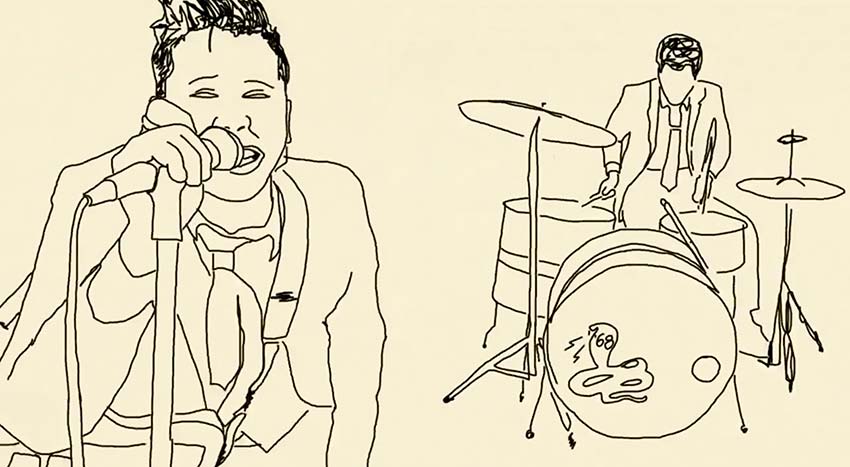 “The high energy track weaves dizzying riffs between the band’s colossal guitar tones and Nikko Yamada’s precision drumming,” states today’s video single reveal. “The accompanying music video was painstakingly hand-drawn and animated entirely by vocalist and guitarist Josh Scogin (The Chariot, Norma Jean), mixing in subliminal notes from his 2020 experience. In true ‘68 fashion, the single and visuals are swaggering and raw, pulling the listener in with blistering instrumentals, Scogin’s one-of-a-kind delivery, and plenty of fun.”

Guitarist/singer Josh Scogin adds, “The “subliminal” messages are actually what became kind of like a journal for me. A bit of a “dear diary” during the 2020 year of lemons. My computer is old and slow so I had to work on this video in small little, 3 second chunks each so, there was one moment that I assumed it would never actually be released to the public, but I had to finish it because I made a promise to myself a few years back that if I start something, I have to finish it. So anyway, I just started writing whatever I felt at the time (I think at one point I have some Star Wars references because I was making my way through each of those movies), and I also started writing the date on it somewhere each time I worked on it. Once I was basically done with the animation, I put it all together for the first time and bounced it down (it took an entire 24 hours to render it down) and I was so stoked. I knew I wanted it raw, and I wanted my “mistakes” to shine through (to rebuttal how perfect, pristine, and fake everything seems to be these days.). I wanted it to be HUMAN but before I actually placed it all together, I just thought it wasn’t going to actually work. Once I was able to see it all it blew me away. I love it.”

‘Give One Take One’ comes out on March 26th through Cooking Vinyl (pre-order). 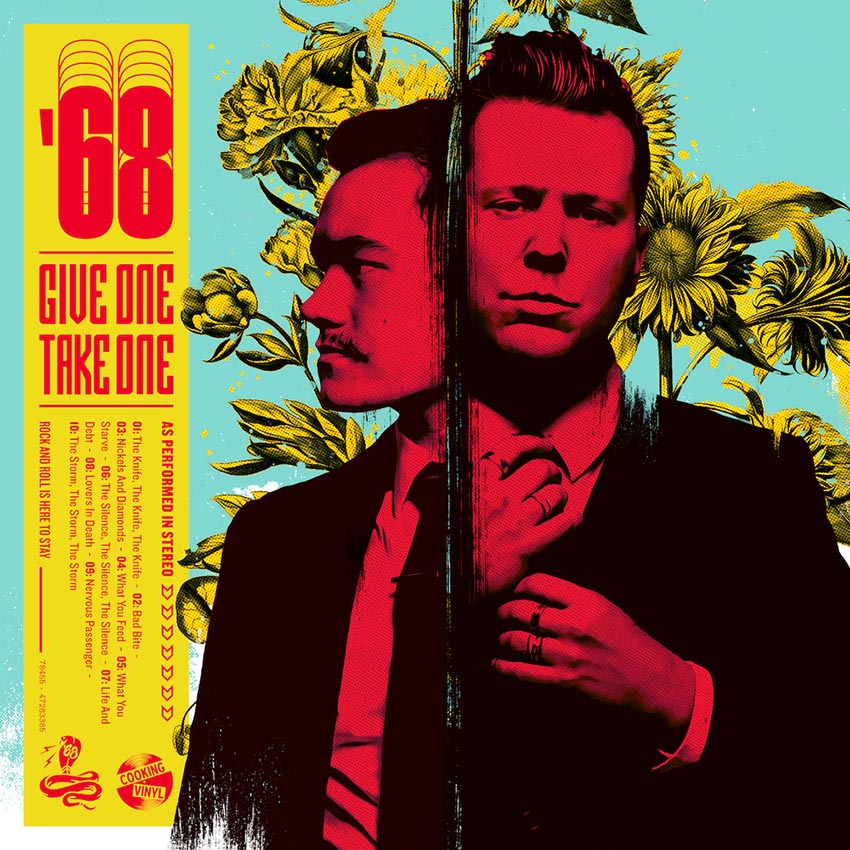