Ahead of the record’s release, Duff’s Brooklyn in New York City will be hosting a special listening event on April 10th at 10pm.

Additionally, Cha Cha Lounge in LA will throw their own listening party (hosted by Josh Barnett) on April 16th at 10pm, as well.

Both events will offer fans a chance to meet the band, pick up the new LP ahead of its official release date, and will feature giveaways.

New York City! We will be holding a special album listening party for “Phylogenesis” at Duff’s in Brooklyn on April 10th! Come hang out with the whole band and pick up a copy of “Phylogenesis” a full week early.

If you’re in Los Angeles, come to our listening party at the Cha Cha Lounge on April 16th. We will be hanging out, giving away an ESP Guitars, playing and selling our new record, and raffling away some merch with our friend Josh Barnett aka. “The Warmaster”. Hope to see you maniacs there!

If you are interested in attending, make sure to RSVP: NYC | LA.

Check out the event flyers, and stream punishing new singles “The Path of the Totalitarian” and “Hedonistic” below. 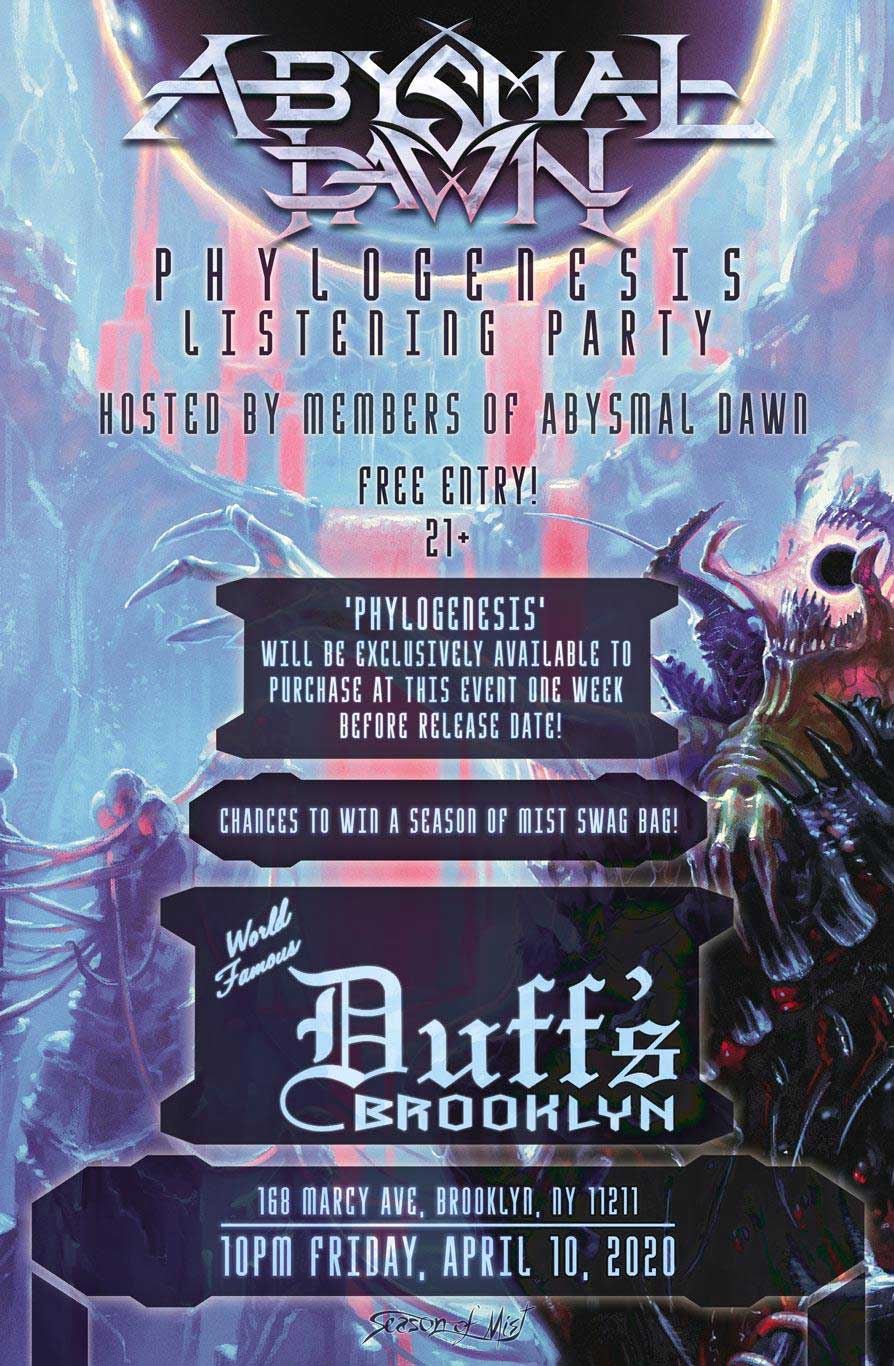 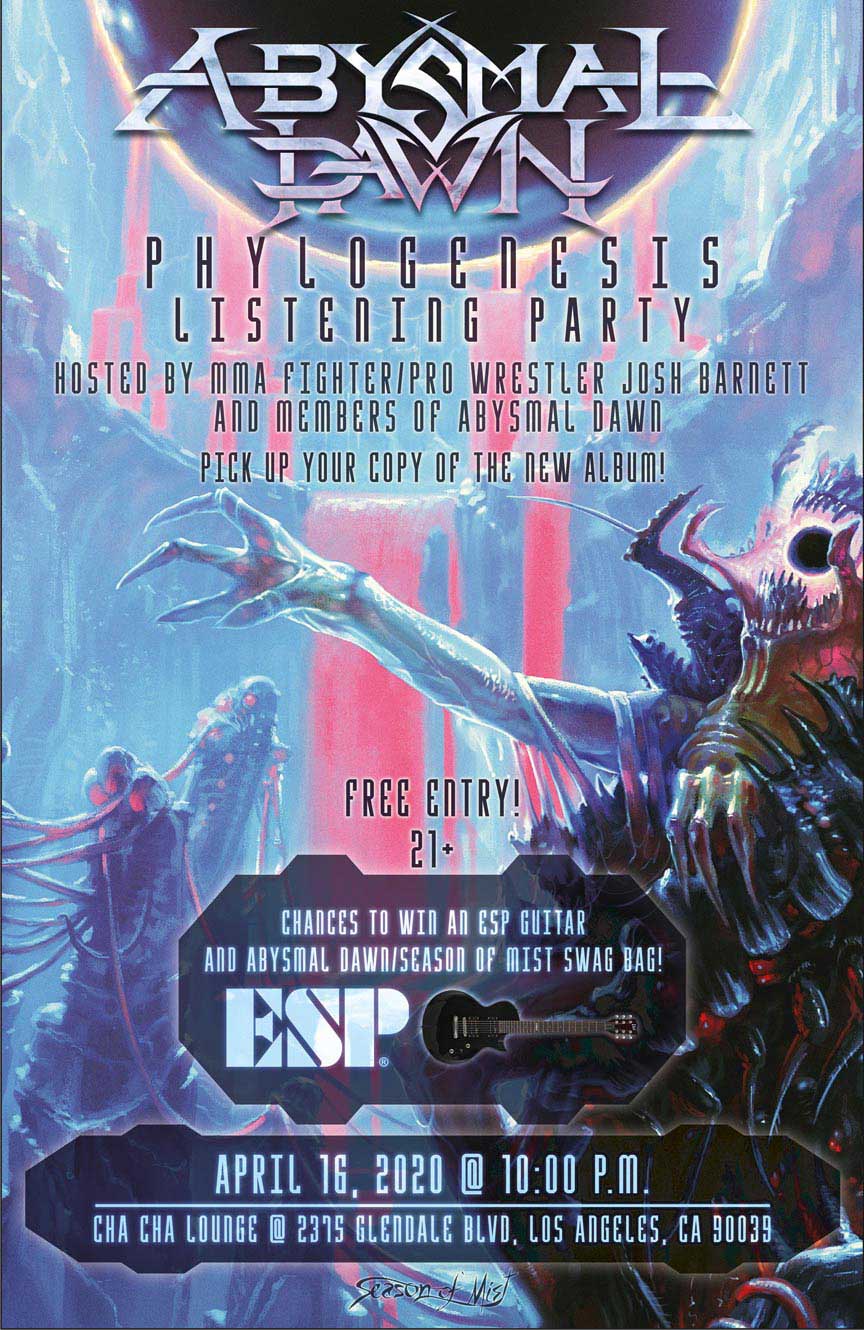