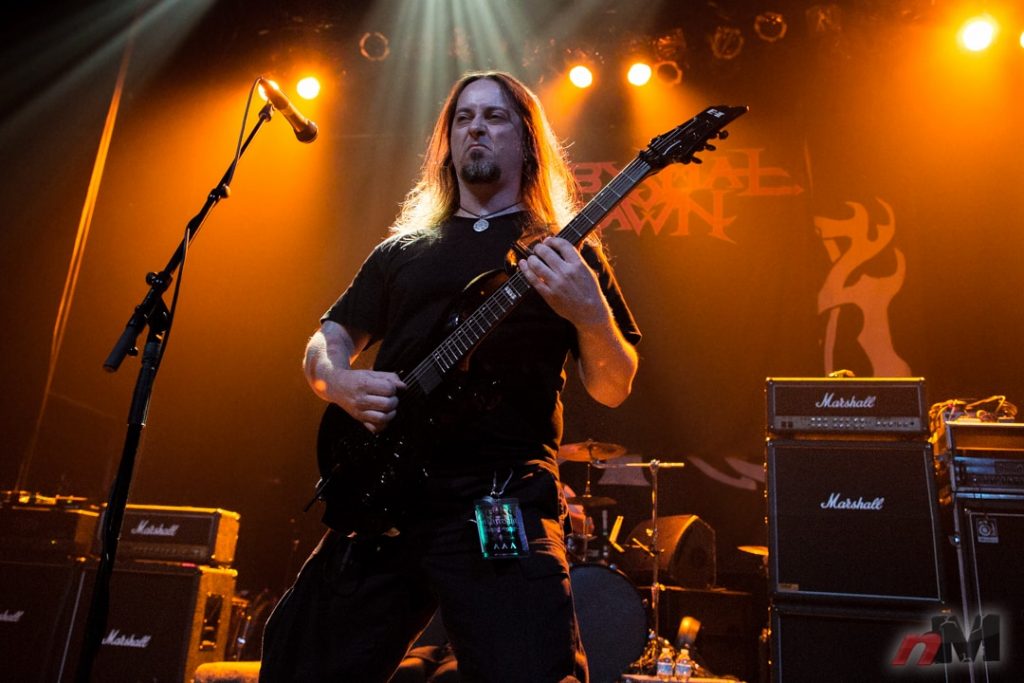 LA death metal goons Abysmal Dawn have posted a Sci-Fi-themed 3D music video for their new single, “Coerced Evolution,” which appears on the band’s recently released full-length album on Season of Mist, ‘Phylogenesis’ (get it).

The basic idea behind the lyrics is that some time in the near future, human life on Earth will have become unsustainable. In turn, a certain portion of the population will forcibly have their consciousnesses uploaded to a grid in order to alleviate resources. The same corporations that would have destroyed the Earth, would run these grids and would continue to make a profit on what’s left of humanity in some fashion. The ruling class would continue to live in the real world and make the planet sustainable once again.