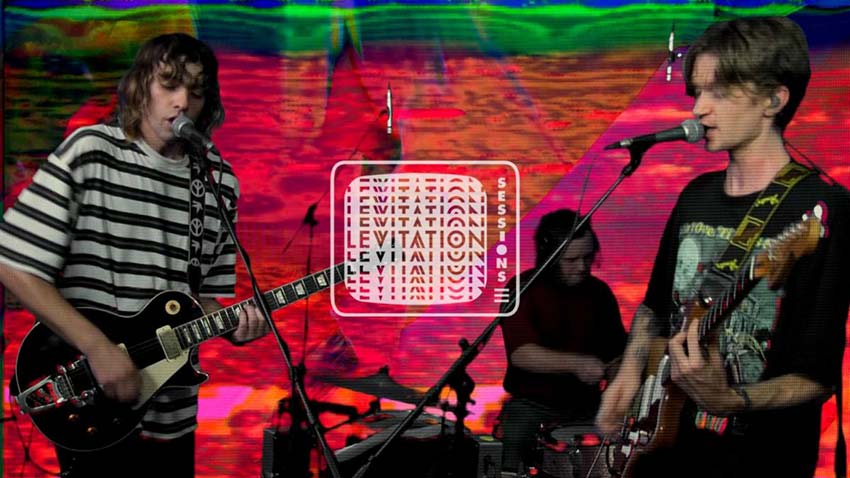 Brooklyn psychedelic rock act Acid Dad have announced their own installment of the ‘Levitation Sessions,’ the live performance series that has previously featured performances from OSEES, Fuzz, Acid Mothers Temple and more. Tickets are available here, for a preview, check out a clip for track “Living With A Creature” below.

A press release states, “On the heels of announcing their upcoming LP Take It From The Dead ( out June 11, 2021 via Greenway Records / The Reverberation Appreciation Society), New York’s Acid Dad transports us to another realm via their green screen studio and the visuals of Webb Hunt. The setlist features some fresh takes on Acid Dad classics and the live debut of new tracks from their upcoming album.”

The presser adds, “During 2020, the band spent their time building a new studio space in Queens, NY, while continuing to independently produce all their own music, art and even building their own guitars. With a new space and vision, the band produced their second LP, “Take It From The Dead,” set to be co-released in June 2021 by Brooklyn’s Greenway Records and psych powerhouse LEVITATION’s label, The Reverberation Appreciation Society.”