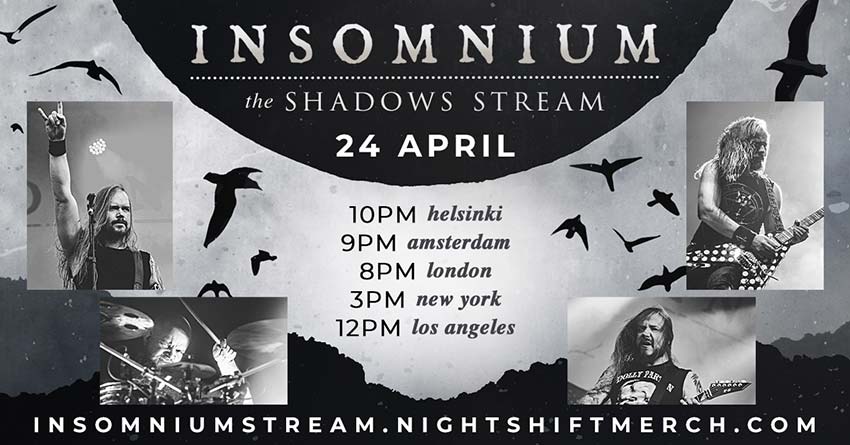 Finnish melodic death metallers Insomnium have announced ‘The Shadows Stream’ for April 24, 2021 at 12PM PST // 3PM EST. The virtual event will feature a performance of the band’s 2014 record, ‘Shadows of the Dying Sun.’ The official flyer can be seen above.

An official message from the band reads: “On April 24th we will do a live stream dubbed ‘The Shadows Stream’, which we will perform the fan-favorite album “Shadows of The Dying Sun’ in full from our remote hometown Joensuu in Finland. Tickets and exclusive merchandise bundles are on sale from: insomniumstream.nightshiftmerch.com.”

Bassist and vocalist Niilo Sevänen comments further, “The fans have spoken, and we shall deliver. Our friends from all over the world voted actively in our album poll and the results are clear: The number one fan-favourite Insomnium album of all time is Shadows of the Dying Sun. So we shall give you… The Shadows Stream.”

Sevänen adds, “We will play the entire album and then some more. With all the chit-chat the show will last something like 80 minutes. We are sure that we are going to deliver a killer stream for all you people out there, wherever you are. So join us on Saturday 24th April, open a beer or two, and let the music flow! See you soon, friends!” 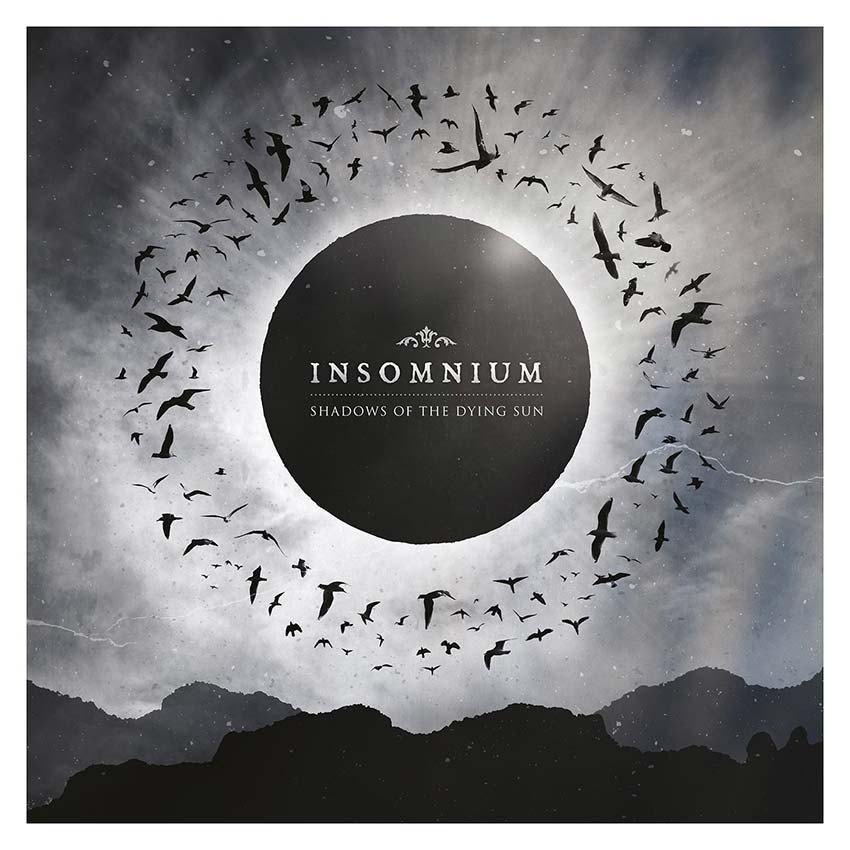