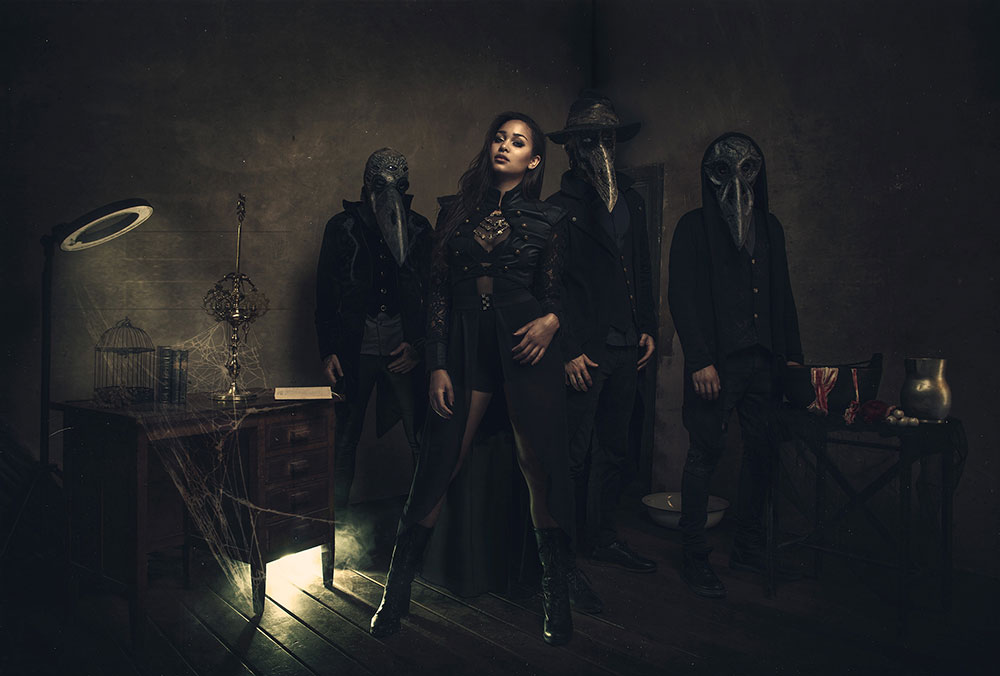 Heaven is closed and AD INFINITUM awaits you in hell: The symphonic metal alliance presents their second single, “See You In Hell”, off their upcoming album, Chapter I: Monarchy, to be released on April 3rd via Napalm Records.

In an unusual but bewitchingly quiet manner, the mellow yet expressionistic side of AD INFINITUM’s Melissa Bonny’s vocals invites for a gloomy daydream ending in the darkest pits of hell. The audiovisual accompanying “See You In Hell” invites its viewer for a daredevil game: In a historical setting, the protagonist poisons an old acquaintance and enchants each and every one of the listener’s senses. The bittersweet ode offers a goodbye as light as a feather and presents a completely new facet of the bands symphonic spectra.

Soft, plucking sounds appearing as clear as a bell mix with lacerating guitar riffs to a majestic, unique soundscape. The auditory and visually obscure aura underlines their charming mysticism.

AD INFINITUM’s intoxicating symbiosis of boasting, energetic and uncompromising metal guides you through the hammering jaws of time.

AD INFINITUM on “See You In Hell”:
“We are very excited to share this second song which offers a very different atmosphere and dynamic than what you heard with “Marching On Versailles”. The dark and dramatic symphony of a heartbroken murderer.”

Watch “See You In Hell”: