Legendary rockers Aerosmith have announced the official postponement of their planned 50th anniversary show at Fenway Park in Boston, MA on September 18, 2020. However, the show has been officially rescheduled for September 14, 2021. All tickets will be honored.

Out of an abundance of love and caution our 50th Anniversary Fenway show is being rescheduled to 14th September 2021. It’s better to look ahead and prepare than to look back and regret, for the safety of our families, for our crews, for the fans and for the Blue Army. All tickets will be honored for the new date so hold onto yours! Or if you are unable to make it, you’ll be able to request a refund. Ticket holders will be emailed with all details. Until then, stay safe and stay healthy. Big love from the Bad Boys of Boston… Aerosmith 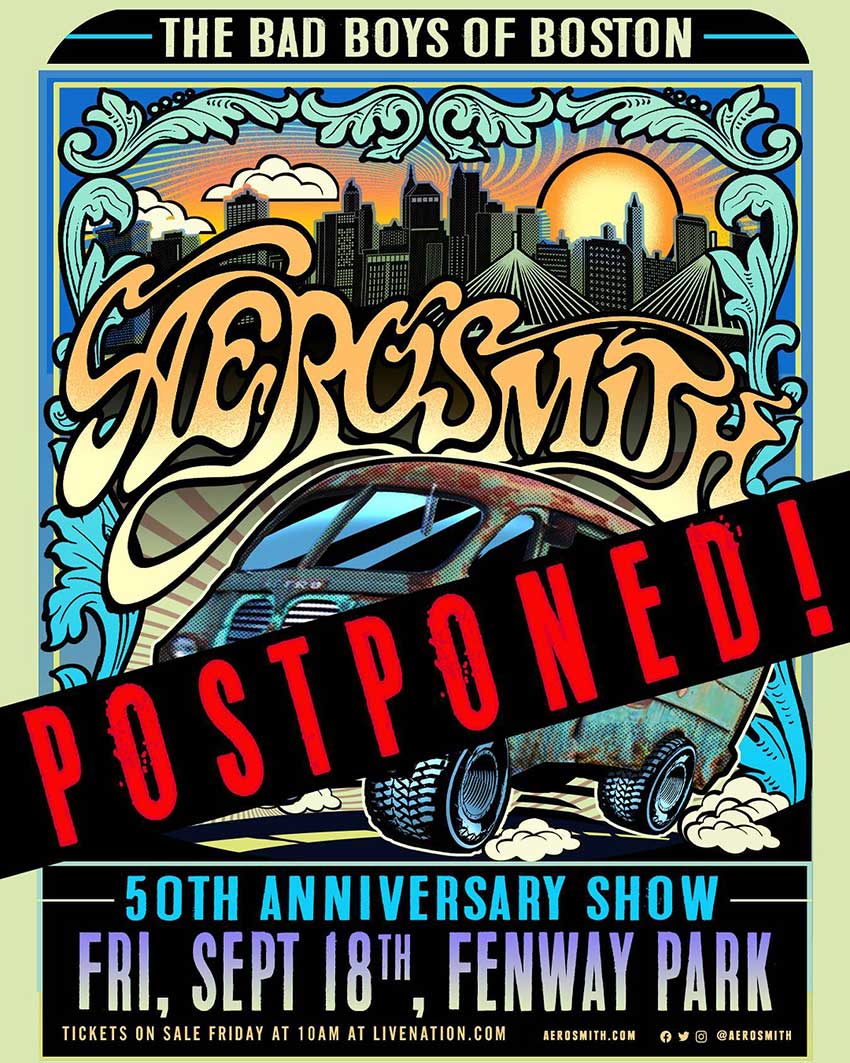