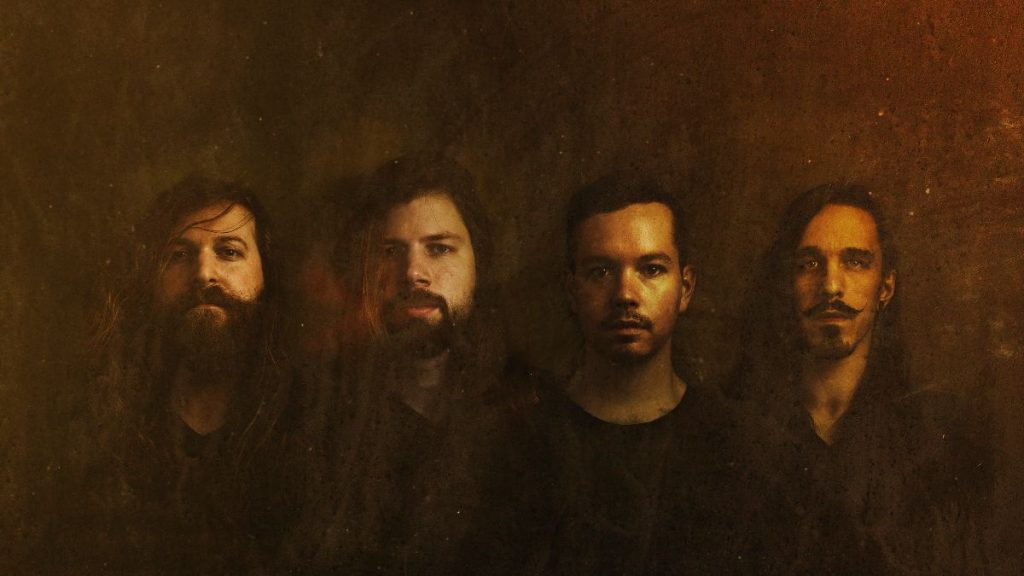 Melodic death metal masters AETHER REALM recently announced the upcoming release of their new, multi-faceted full-length album, Redneck Vikings From Hell, out May 1, 2020 via Napalm Records. With their new album, the band improves upon their already distinctive sound that’s been astonishing fans since day one – taking listeners on a stupefying rollercoaster ride of death metal, thrash and even neo-classical shred.

Today, AETHER REALM has revealed a second single from Redneck Vikings From Hell – the unrelenting symphonic banger, “Slave To The Riff”. Wasting no time kicking things off with a nasty groove, “Slave To The Riff” is an ode to the heavier side of symphonic metal – chock full of rhythmic breaks, skyrocketing solos and even a Latin American/Flamenco interlude – showcasing the band’s multi-faceted talents.

Frontman Vincent “Jake” Jones says about the track:
“Lyrically it’s just a sort of cathartic release of frustration. Music doesn’t always come when I call. Instead, I usually feel that I’m bound to do its bidding, regardless of time of day or inconvenience of surrounding. Sometimes it’s a great comfort to surrender to it, but often feels like it’s taken over my life.

Musically, it’s also a cathartic release, this one of a hodgepodge of musical influences and ideas, cobbled together with the hope that if it’s good enough, the spirit of music will be sated – if only for a moment.”

Listen to “Slave To The Riff” and watch a new video HERE: