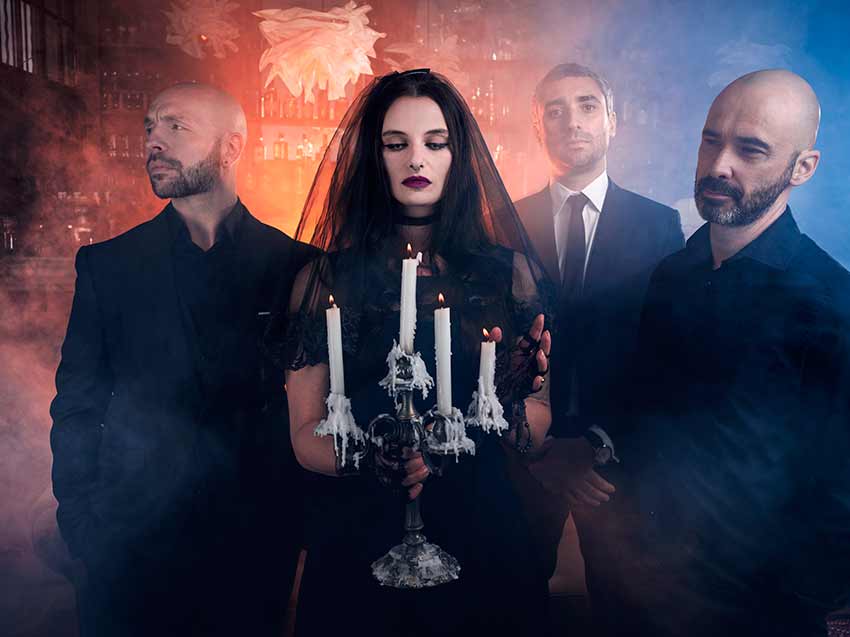 French melodic death metal band Akiavel released their second full-length offering, ‘Væ Victis,’ back in the spring, with a limited edition vinyl version of the effort made available just last month. The album has received mostly positive reactions from critics, with media outlets and fans comparing the quartet’s fresh new tunes to the like of Carcass, At The Gates, and Arch Enemy. The record (marking the follow-up to 2020’s ‘V’) includes big singles “Frozen Beauties,” “Comrade,” and “The Lady of Death,” which has a callous new video being premiered today (watch below!)

Vocalist Auré comments, ““Lady of Death” is a song about Aileen Wuornos. I absolutely wanted to put her on our album because I find her fascinating. I have studied her story a lot, I have a lot of compassion for her despite the fact that she has murdered people. That’s why the text isn’t very violent or bloody, it’s more based on how she feels. She had a lot of suffering in her.”

She adds, “For the video clip we got closer to her psychological state. That’s why we chose the actress who clearly embodied her conscience and the struggle within her.”