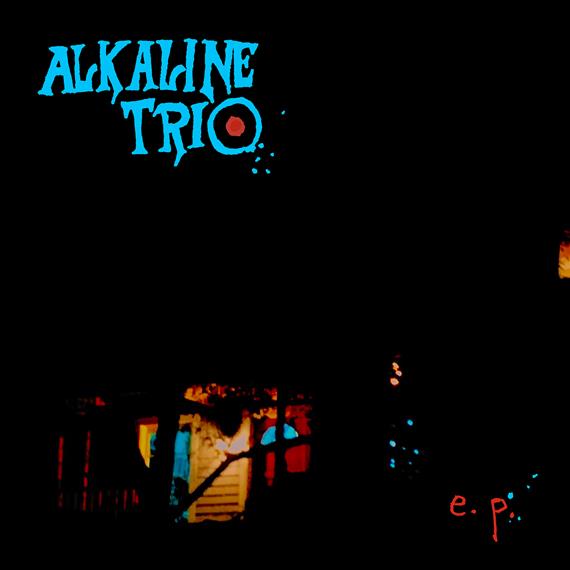 Today, Chicago cult rock heroes Alkaline Trio release E.P., a three-song single. The songs are now available digitally. “With the tour postponed and the current state of the world, we feel and hope that some new music will help people transcend the uncertainty and possible fear they might be feeling, if even for a few minutes,” says Matt Skiba. “Music has always had a way of helping us all cope with unpleasant times. We can only hope that ours can do the same for our fans on some level. We hope you enjoy the songs.”


The limited edition two-song 7” is available for pre-order now and is limited to 1000 blue variant in the US and 500 red in Europe. The 7” will feature “Minds Like Minefields” on Side A and “Radio Violence” on Side B. Andriano describes “Radio Violence” as, “a song about communication breakdowns, it’s about the lies we tell ourselves and others and it’s about shutting out those closest to us when we need them most.”

Alkaline Trio’s upcoming North American co-headlining tour with Bad Religion has been postponed. The tour will be rescheduled for fall 2020 and all previously purchased tickets will be honored.

ABOUT ALKALINE TRIO
Since emerging in 1996, Alkaline Trio have become one of punk rock’s most progressive and unique bands of the last decade, rousing a dedicated legion of passionate supporters with nine fan-adored albums and relentless world-wide touring.

The band’s recent release, Is This Thing Cursed? debuted #2 on the current alternative albums chart, #9 on the top current albums chart and #68 on the Billboard 200. The album hearkens to the creative process of the early days, when the band rehearsed in a tiny apartment on the edge of Chicago’s Humboldt Park in the band’s hometown. Produced and mixed by Cameron Webb (Pennywise, Motörhead), it is the first Alkaline Trio album written almost entirely in the studio. According to the band, the album-making process was similar to that of Maybe I’ll Catch Fire —Alkaline Trio’s darkly charged sophomore full-length.