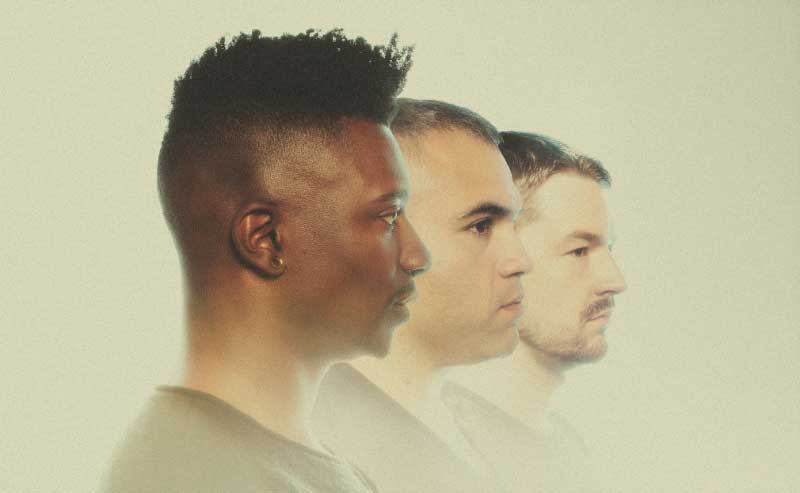 Share the post "Animals As Leaders re-sign with Sumerian, working on new music, featured in ‘Bill & Ted Face The Music’"

Washington, D.C. instrumental progressive metal favorites Animals As Leaders have announced that they have signed a new deal with their long-time home label, Sumerian Records. The band are currently in the studio working on new material for a fifth studio full-length album under the new deal. The impending LP will mark the follow up to 2016’s ‘The Madness of Many.’

I have known Tosin and Javier longer than anyone else in the music business. We came up together as kids in DC figuring it out with the most DIY, take no prisoners approach we could. They have both played big parts in my life and career. I can honestly say my path could have ended up very differently had I not become so close with them when we were rookies. I am honored to continue our relationship on an artist/label level and couldn’t be more proud to have Animals As Leaders on the Sumerian roster. They are one of the most influential groups of our generation in this world of music. As for Matt G, he is a true G. As for his alter ego Dirty D, I am not at liberty to comment.

We are happy to announce that Animals As Leaders has re-signed to Sumerian Records. We have known the folks at Sumerian for years on both a personal and professional level and it honestly feels great to continue our journey together. Sumerian has been an integral part in the growth of Animals As Leaders, even before we ever signed to Sumerian. We look forward to working together with Sumerian for the next few years to continue growing our brands and legacies.

I’ve seen the birth and ascension of Sumerian Records to one of the most important labels in modern metal and beyond. Animals as Leaders is stoked to be continuing our journey with them.

In more news, Reyes and Abasi are borth featured artists on the soundtrack of the upcoming flick, ‘Bill & Ted Face The Music,’ which is out now.

Animals As Leaders are also excited to announce today that Tosin Abasi also features throughout the movie as the official “air shredder”, providing all the guitar licks that are played during the iconic air guitar moments shared frequently between the two protagonists. Passing the Bill & Ted “Air Shredder” mantle to Tosin is none other than guitar legend, Steve Vai, who worked on the previous movie, Bill & Ted’s Bogus Journey.

Getting the right guitarist to handle Bill & Ted’s air shredding was one of my top priorities from the very beginning. The director asked me “what does shredding sound like in 2020?” and my answer was “it sounds like Tosin Abasi.” Tosin’s virtuosity is mind-blowing and he leads the vanguard of modern players who push the limits of what’s capable on electric guitar. Everything about his approach, from the compositions to the techniques to the physical instrument itself, seems like it arrived via time machine from the future.

When Jonathan Leahy suggested Tosin Abasi for Bill and Ted, I have to admit my first response was “Are you kidding? Absolutely! But will he even do it?” Miraculously, he did, and as expected, he blew us all away! Absolutely brilliant virtuosity and musicianship, an artist of the highest caliber, and a very nice man. I still can’t believe he did it, so so grateful he did.

I’m thrilled to be part of the Bill & Ted Universe. Most excellent!

Watch a movie trailer below. 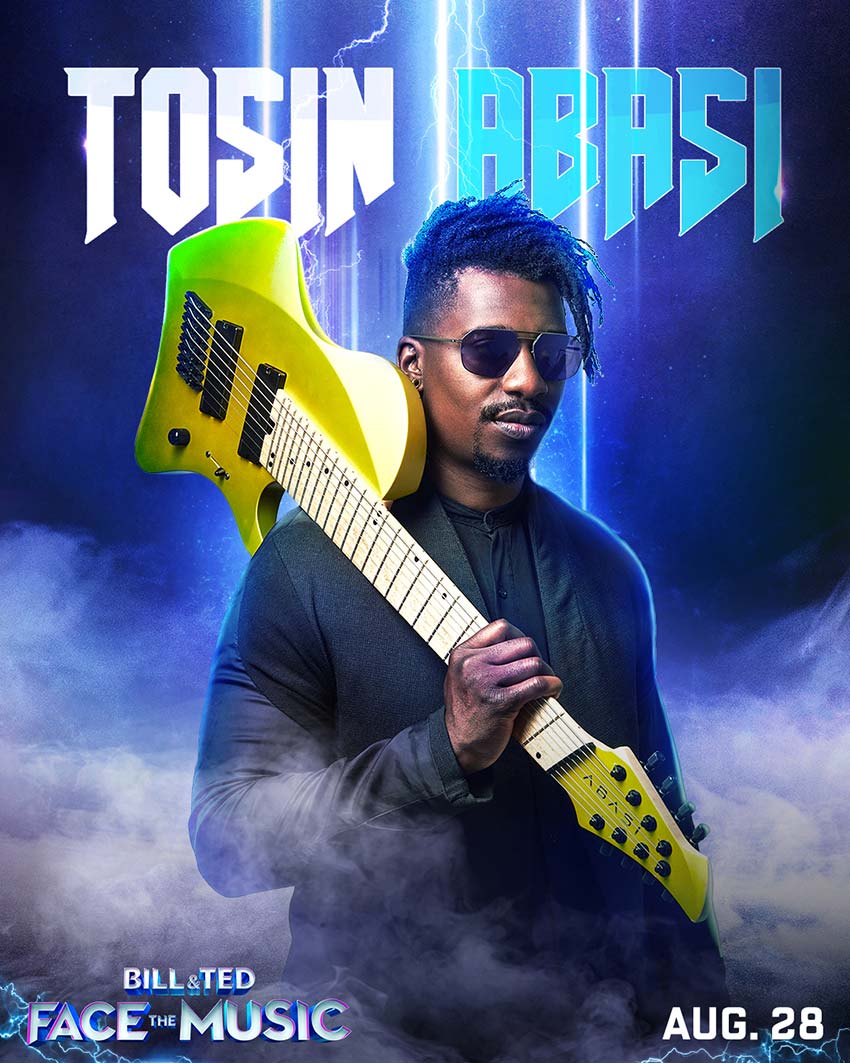