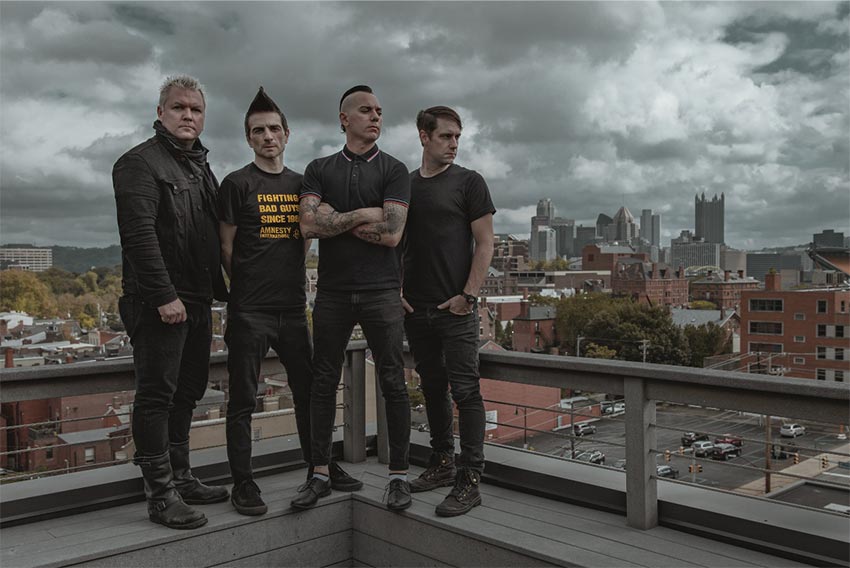 Anti-Flag released their 12th studio album, ‘20/20 Vision,’ at the start of 2020 through Spinefarm Records. The PA punk rock legends have just issued the digital-only, deluxe version of said album, titled ’20/20 Division,’ which features five new songs (get it HERE).

“To say this year hasn’t gone according to plan for anyone may be one of the greatest understatements of all time,” the band said. “But through it all, the sadness that overwhelms in the world during a global pandemic, the constant pain American justice systems deliver on a daily basis, and the fear that comes along with watching our planet squeezed like a lemon for profit, we must actively choose optimism over cynicism.”

The band explains further, “It’s hard. It takes work. But if you look for it, hope is still there. In the face of neo-fascism, relentless police murder, the still-burning forests, people are becoming activated, taking note of those who perpetuate this pain, and standing on the side of freedom. This record was a warning of the path we were on — but with an underlining hope that this all could change. In an effort to continue to be a member of the countless activists, artists, and communities calling for social, racial, gender, economic, and environmental justice, we wanted to refresh our conversation with 20/20 Division and these five new songs.”

Anti-Flag end with, “With the election looming, we have to remain vigilant. Voting is only a VERY SMALL act that we can participate in to reduce harm. But when partnered with strikes, boycotts, protests, and more, this is how WE WILL win and the soundtrack to it all just got a little larger.”

’20/20 Division’ track listing:
“Hate Conquers All”
“It Went Off Like a Bomb”
“20/20 Vision”
“Christian Nationalist”
“Don’t Let The Bastards Get You Down”
“Unbreakable”
“The Disease”
“A Nation Sleeps”
“You Make Me Sick”
“Un-American”
“Resistance Frequencies”
“Born to Run”
“Concrete Breeds Apathy”
“No Allegiance to a Flag”
“No One Can Save Yourself But You”
“Fight Like Hell”