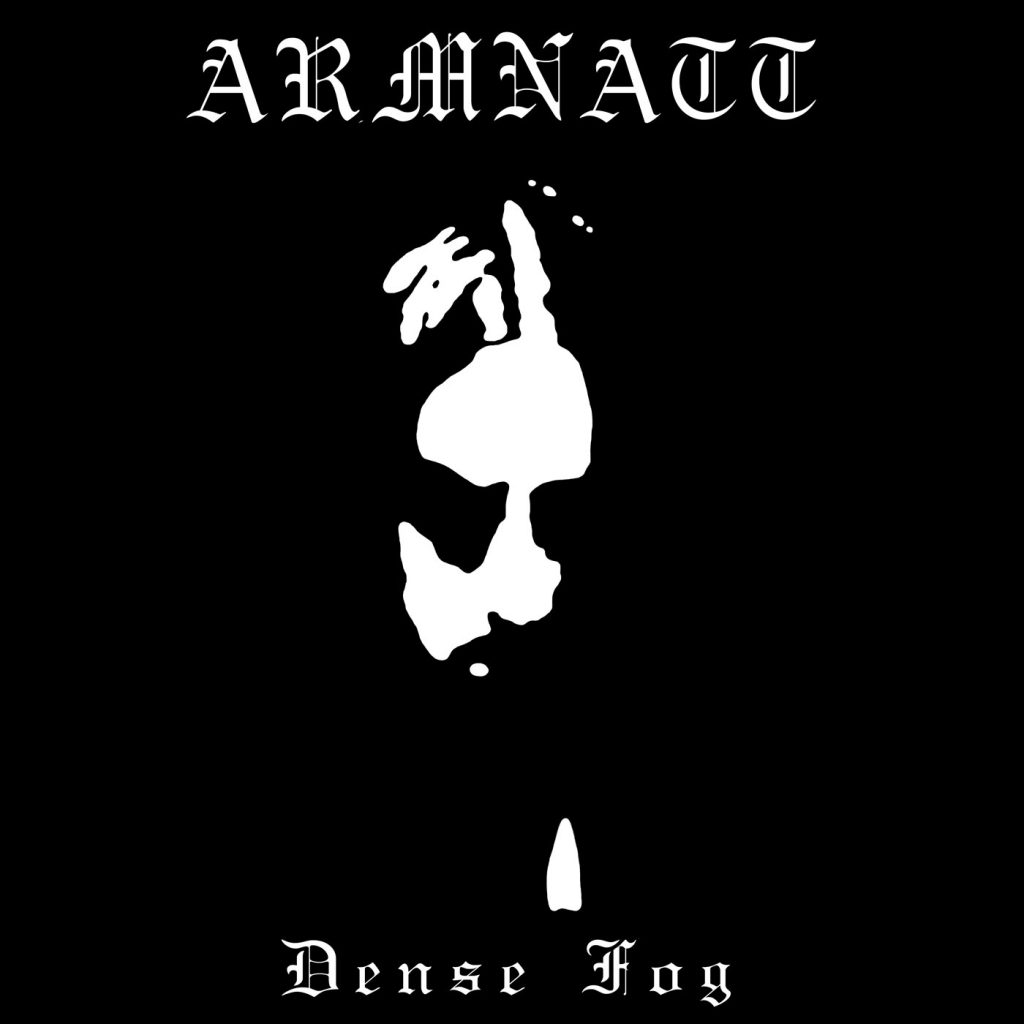 Formed in days and times too clandestine to recall, Armnatt quickly became a touchstone for Portugal’s still-ascendant/descendent raw black metal scene. With their first split coming courtesy of the well-respected Black Gangrene in 2013 and then their debut album, Darkness Times, arriving a year later courtesy of the equally respected Altare, Armnatt’s cachet was confirmed. And for good reason: the misty-yet-hateful surge the trio conjure speaks of a deeply held (and authentically created) understanding of black metal’s epochal second wave.

Years have been spent in misery and comfort, and now arrives Armnatt’s second album, Dense Fog. As aptly titled as the first full-length, Dense Fog takes wastes no time in establishing its righteous agenda: like the spectres of 1994 rising from the grave once again, harshly hammering into a hypnotic spell of destruction, the glare of burning churches lighting the way to the pagan megalith. Its familiarity is almost deceptive, as if in fact a lost relic unearthed from a Bergen bunker decades later; this literally searing simplicity of design can be replicated endlessly, but never faked. Rats will come to roost if the stench of pose lingers too long, and Armnatt surely eradicate any and all doubts with these ten tracks in a cruelly swift 27 minutes.

In conjunction with the release of Dense Fog shall Signal Rex release Darkness Times on vinyl for the first time. You have been warned…embrace your own end.

Begin embracing that end with the brand-new track “Circumscribing the Circle” HERE [and below] at Signal Rex’s Bandcamp. Cover and tracklisting are as follows:

Tracklisting for Armnatt’s Dense Fog
1. The Flame Of Purification
2. Dense Fog
3. Black Devotion
4. Circumscribing the Circle
5. Eternal Night
6. As the Dark Moon Rises
7. Vultfigures
8. Obscure
9. In the Catacombs
10. Echoes From a Distant Past