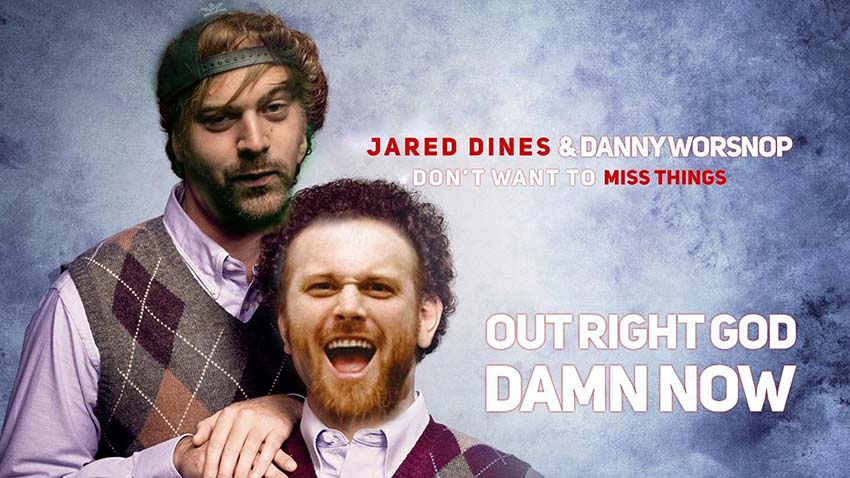 Asking Alexandria frontman Danny Worsnop and YouTube musician Jared Dines recently teamed up for a quarantine cover of the Aerosmith mega-hit song “I Don’t Want To Miss A Thing.”

The track was produced by Hiram Hernandez and mastered by Stephan Hawkes, with clip filming duties courtesy of Kevin Brady.

On his social media, Danny posted the above photo and noted:

Don’t miss not missing a damn thing by going you YouTube to both watch and listen to @j4r3dd1n3s and I kicking names and taking ass with our cover of @aerosmith’s rarely heard deep cut “I Don’t Wanna Miss A Thing”. Fun fact seeing as none of you have probably ever heard of it: it was originally recorded for a low budget indie movie made by Canadian college students staring Hollywood nobody Bruce Jarvis. Only 17 people saw the film and most left before the end so never got to even hear the song!

But do not fear, JD and Uncle Dsnop are here to give this lil diddy a second shot at glory. And you are all extremely welcome!