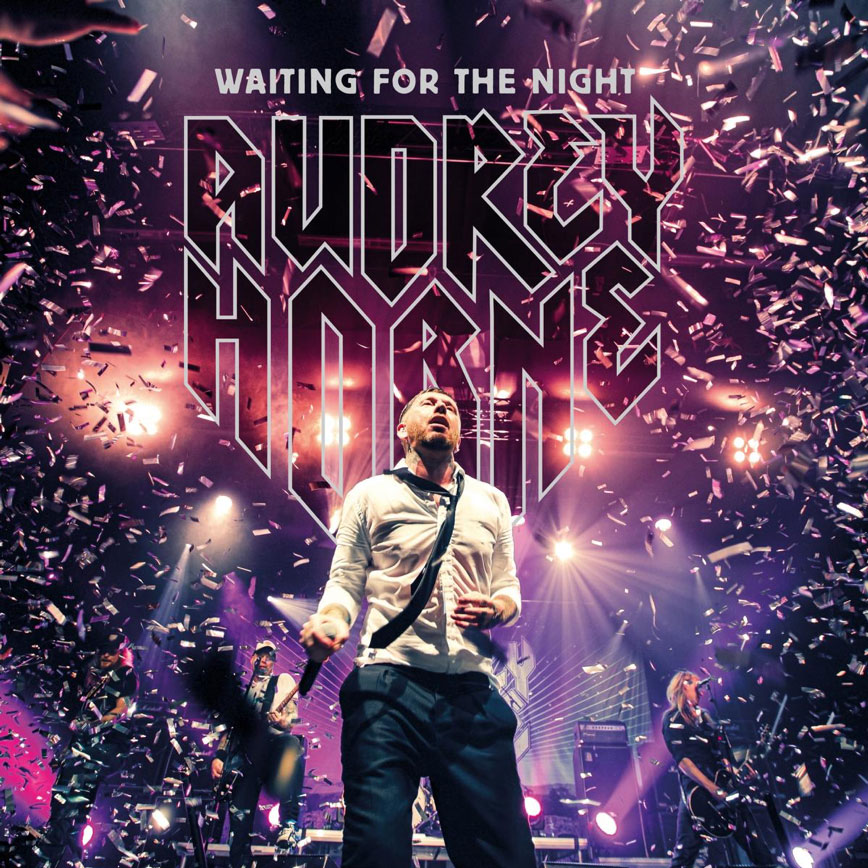 Listen To AUDREY HORNE’s new single, “Waiting For The Night,” and watch the video here:

Waiting For The Night, the third single off AUDREY HORNE’s upcoming same-titled first live album, to be released on February 28 via Napalm Records, is a purely energetic, compelling audiovisual Norwegian hard rock experience.

Starting off with a strong, powerful intro, the track immediately draws you straight into the spell-binding atmosphere while enfolding its hypnotic intensity with the chorus which is amplified by the whole audience singing along to Toschie’s rousing vocals. The intoxicating video pours all these feeling into frames, providing a distinguished and thrilling experience even for those who weren’t present at the time of the recording.

Once again, AUDREY HORNE proves their reputation as one of the best and most energetic live hard-rock bands in Europe.

AUDREY HORNE states:
“”Waiting For The Night” sums up the essence of our live shows. It’s energetic, catchy and has a great sing along chorus. It’s a huge invitation for the audience to sing with us and join the party. It always creates a great atmosphere every night and is a lot of fun to do! It’s our Rock ‘n’ Roll all night anthem.”

After 18 years, six albums and countless live shows, AUDREY HORNE returns with an incredible live record – proving their unique ability to overwhelm your mind. The new album, entitled Waiting For The Night, will be released via Napalm Records on February 28, 2020.

AUDREY HORNE has merged the highlights of two of their legendary concerts on vinyl and CD for the first time ever. Their upcoming record contains 16 energetic tracks that were recorded live at the “USF Verftet” and “Bergenfest” in their hometown Bergen (Norway) in 2018.

Starting with their debut No Hay Banda, reaching all the way to their latest studio album Blackout, the listener will be taken on an excellent trip through the memorable career of the band comprised of exceptional Norwegian musicians Toschie (vocals), Ice Dale (guitar – Enslaved) and Thomas Tofthagen (guitar – ex-Sahg).

The release features a bonus Blu-ray, which contains many rarities of the bands history, including bonus features that date back to the early years as well as live excerpts from the years 2014 and 2018.

The Waiting For The Night tour conquers Germany in spring 2020! AUDREY HORNE is hyped to rock the upcoming shows and present their impressive live performances once again. Going nowhere – but right to their finest rock shows.