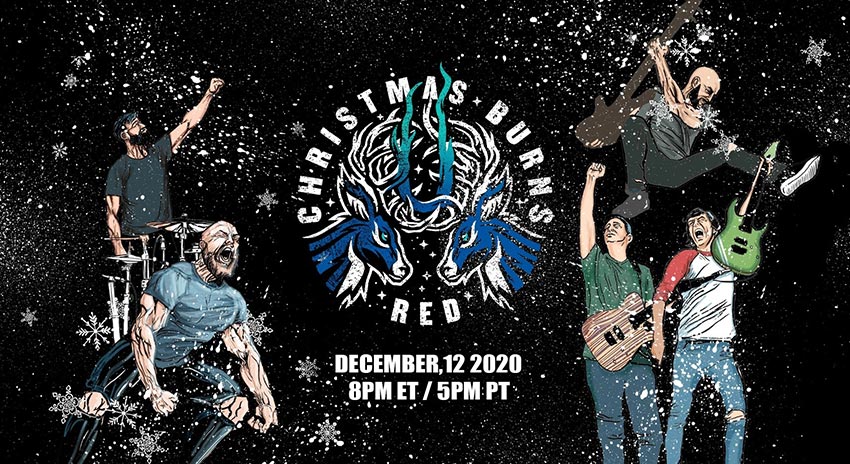 This past weekend, PA metalcore heavyweights August Burns Red celebrated the 15-year anniversary of their first full-length album, ‘Thrill Seeker,’ via their pummeling live streamed event. The virtual show saw the band dishing out said first LP in the full along with a 3-song encore consisting of tracks off their second record, ‘Messengers.’ Check out our full impressions of the online concert.

During this weekend’s live stream event, ABR announced their NEW live stream gig, ‘Christmas Burns Red,’ which takes place on December 12th. “This year our annual Christmas Show will be a livestream event!,” exclaims the band on social media. “We are busting out all the stops for this one! Lights, decorations…maybe even snow?”

You can buy tickets to the forthcoming streaming show and snag exclusive merchandise at this location. “Replay will be available after the show ends on the same page as the stream for existing ticket purchasers for 48 hours,” adds the band. “There is no limit to the amount of times you can watch the replay.”

Check out the official announcement video below.