August Burns Red have unleashed their brand new single, “Bones,” which appears on their impending album titled Guardians (out 4/3 via Fearless Records).

Listen to the track here:


Regarding the new song, the band says:

‘Bones’ is a song about taking a step back and realizing that we need to preserve different cultures…even ones you may not agree with. Musically, it’s thrashy and hopefully catchy enough to be stuck in your head for days.

Guardians is the culmination of a complete and total team effort. Dustin and I collaborated musically more than we ever have before. Jake and Brent collaborated vocally more than they ever have before. Matt bounced more drum ideas off of us than we could even comprehend. It was the most time we’ve ever spent in the studio on one album. We’re all so proud of this record, and we can’t wait to share it with the world.

August Burns Red’s previously announced trek with Killswitch Engage and Light The Torch is set to take off on March 10th in Cleveland, OH. The outing hits Philly, Chicago, Canada, Atlanta, NYC and much more.

See all dates below. 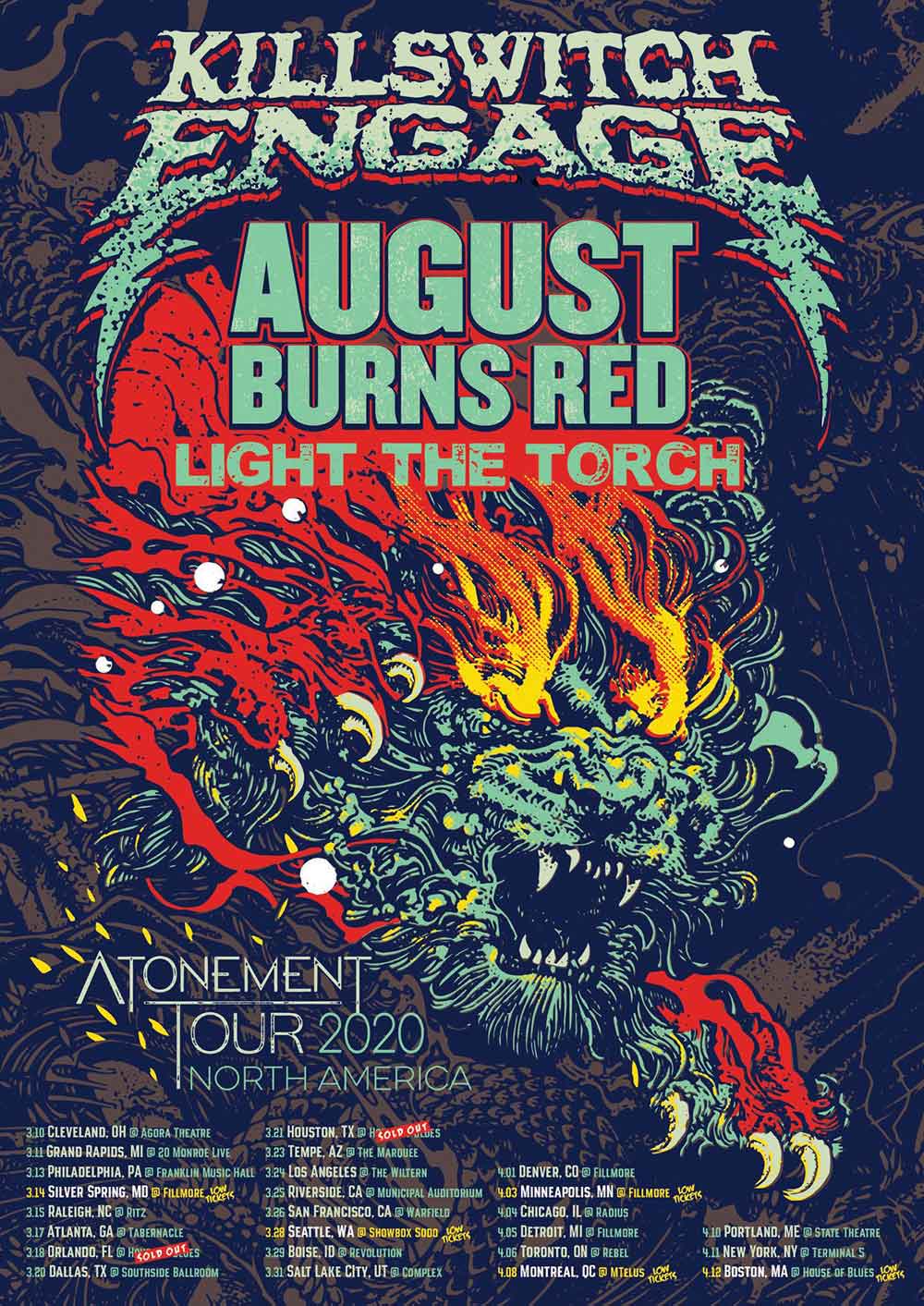