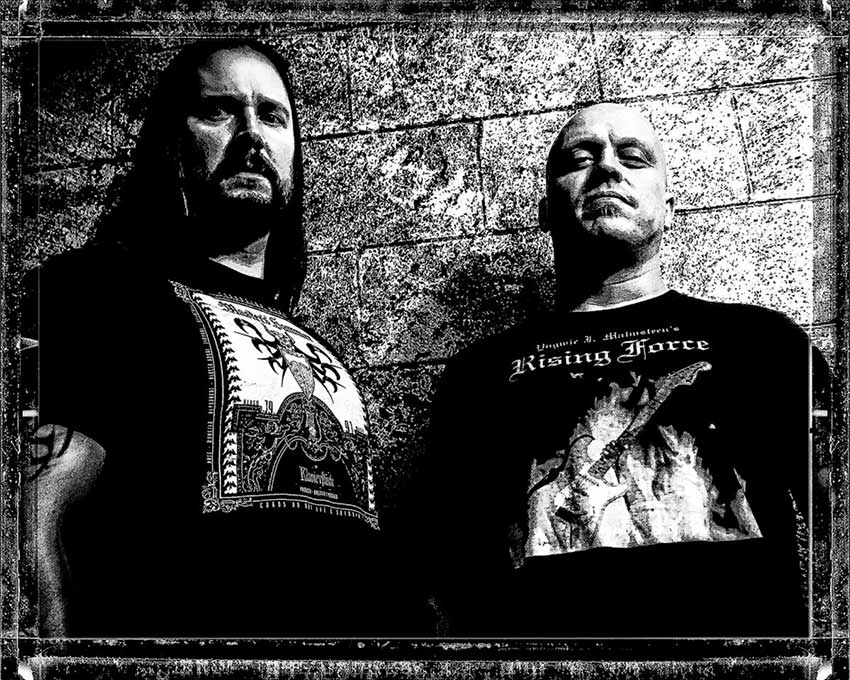 PA avant-garde death metal industrialists Azure Emote have posted (via Revolver) their new video for track “Curse Of Life,” which is found on the band’s third album, ‘The Third Perspective’ (out now via Selfmadegod Records).

The clip, which you can check out below, was directed and filmed by Egyptian-American artist Nader Sadek, who had the following to say:

For years I’d been hoping that [frontman] Mike [Hrubovcak] – through our many collaborations starting as far back as 2012 – would ask me to make a video for his highly experimental and intense musical adventure. I got super lucky and got the call. Listening to the song and seeing Mike’s artwork for the album got me tripping and gave me permission to get very weird with it. The song’s eclectic nature and orchestration are mind boggling and so inspiring! I had the opportunity to shoot all over the world all the way from the US, Portugal, and Egypt. I couldn’t be more grateful for the opportunity and the journey it took me on! Making it was such an intense experience and I got to collaborate with Universus Art Sherbiny too, who added all the amazing elements. Mike and Co.’s excitement over the final piece is the cherry on top of this crazy cake!

This video is inspired from the album cover art and a conceptualization of a “third perspective” in accordance with the overall theme of the album. The video is inherently personal and although open to interpretation, presents a nightmare vision of a Reptilian God-like creature residing in a deep underground cave during the later stages of planetary formation. With an act of omnipotent boldness, this creature is in the process of creating an early human prototype only to eventually destroy the effigy and then himself out of frustration. As with art in general, we often see our culture’s view of artists as tortured souls, suffering for their creations, and then destroying them in an act akin to infanticide. This video is no different in that respect as many of the props and physical artworks were purposefully burned or destroyed during the process of filming. The lyrics of the song are more of a poetic plight from the human perspective, a venting of the feelings of helplessness and hatred of life in general while coping with the anxiety, sleeplessness and general horrors of imposed existence.