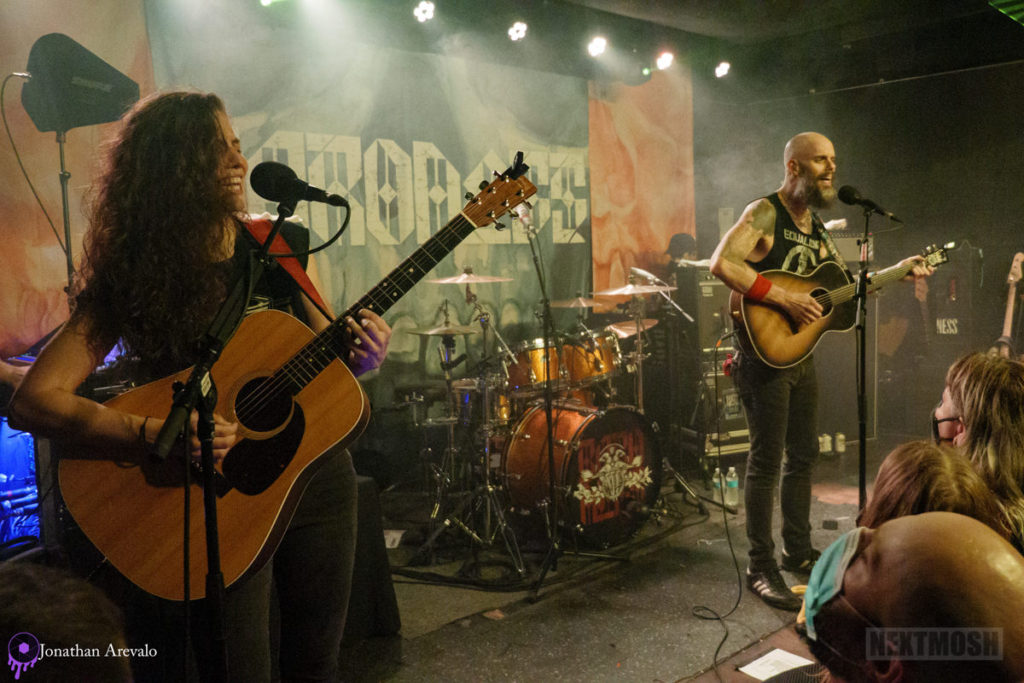 Savannah, Georgia metallers Baroness have extended their ‘Your Baroness – An Intimate Evening with Baroness’ tour into the New Year, with an extra five weeks of trekking starting January 14th, 2022. See all new dates below.

A presser explains further, “As the band did on the first leg of the special performances, Baroness is giving fans the power to create their setlist. “Your Baroness – An Intimate Evening with Baroness” ticket purchasers will be provided with a link to cast their vote for the ten songs they want to hear at the show. Baroness’s entire catalog will be fair game with no song off limits. Voting will close one week prior to each performance.”

They continue, “After being forced to miss a handful of shows on the initial leg of the tour, Baroness has rescheduled as many of those shows as possible: Salt Lake City, Denver, Lawrence and St. Louis. The band will use the fan-voted setlist from the postponed November dates for the first set of the evening, and give new ticket purchasers the opportunity to select the slate of songs played during the second performance of the evening.”

“I cannot remember any moment in the history of this band where we’ve been more excited to tour than we are today,” Baroness vocalist and guitarist John Baizley previously stated. “In many ways, this upcoming tour feels similar to the very first Baroness tour in 2003: we don’t know what to expect, we’re through sitting on the sidelines, and we can’t wait to climb onstage. During the past two years we’ve tried to keep ourselves as busy as possible: writing, recording and rehearsing insofar as the pandemic would allow. Throughout that time, one fact has become increasingly clear… We are built as a live/touring band. The most powerful and important aspects of music reveal themselves only through shared experience. Baroness’ music is designed to be shared; our audience has always been the final and most important member of the band.”

Baizley added, “Quite simply, it doesn’t feel right without YOU! We’ve started counting down the hours in anticipation of that first blissful moment when the lights dim and the room falls silent, when we can once again commune with our audience. We’ve missed you all dearly and we’re really excited to see the setlists you all design for us. There’s never been a better time to put the trust and control of our music in your capable hands. Electric or acoustic, sung or screamed, from the EPs to the LPs: we’re busy preparing for everything from those 6 or 7 hours of recorded music. Furthermore, we thought the pandemic had stolen from us the opportunity to play Gold & Grey in front of American audiences and we look forward to playing those songs for you as well. Finally, we’re really thrilled to have the opportunity to play up close and personal in some venues we haven’t typically played in recent years. It feels so good to share all of this news with you, we’ve missed this more than we can possibly explain. We hope to see you all soon!”

In addition to snagging the band’s setlist, every concert-goer will also receive a free, limited-edition Your Baroness tour poster print, to be picked up at the merch booth the evening of the gig.

As per the tour announcement, “Tickets are on-sale this Friday, Dec. 17, at 10 am local time. COVID-19 protocols will vary by venue and municipality but all attendees will be required to show proof of vaccination or have the option to provide a negative PCR test within 24 hours of the event (where allowed). All concertgoers will be required to wear masks.”

Lastly, we caught day one of Baroness’ two-day stint at Brooklyn’s Saint Vitus Bar earlier this month. The concert featured a fan-voted 22-song setlist consisting of top songs like “Take My Bones Away,” “Rays on Pinion,” “March to the Sea,” “A Horse Called Golgotha,” “Borderlines,” and “The Sweetest Curse,” plus acoustic numbers “Cocainium” and “Foolsong,” and much more. Check out exclusive photo coverage by Jonathan Arevalo below. 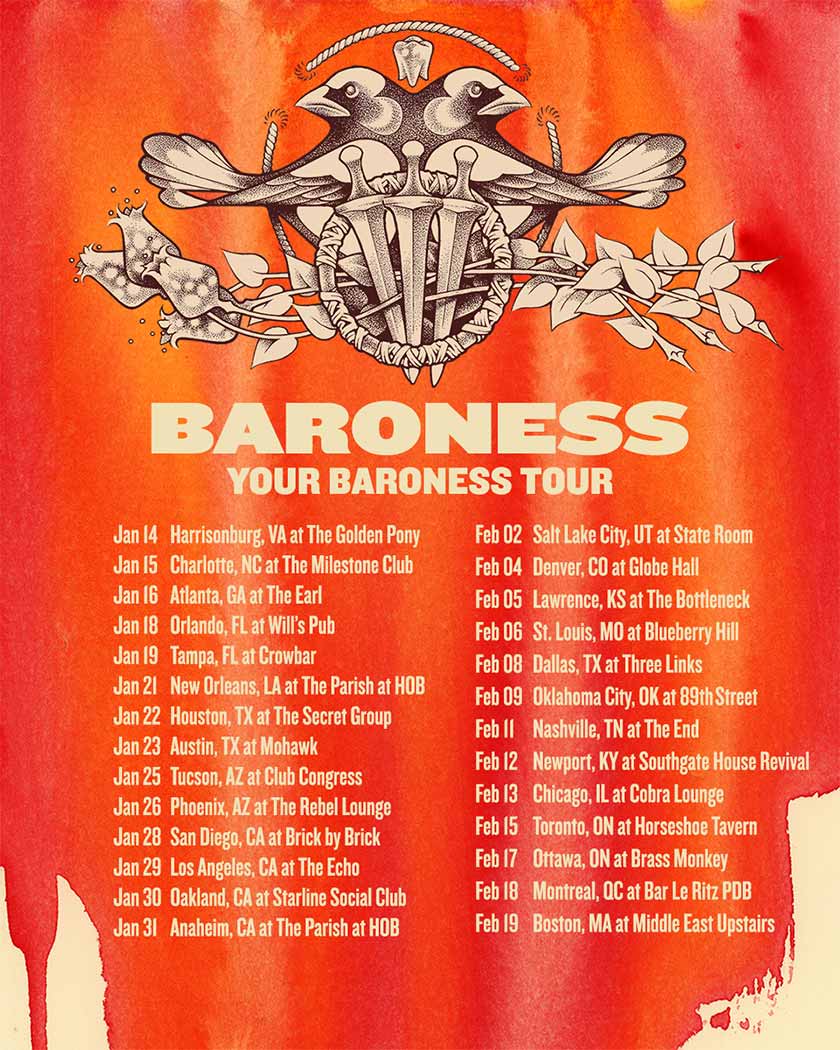