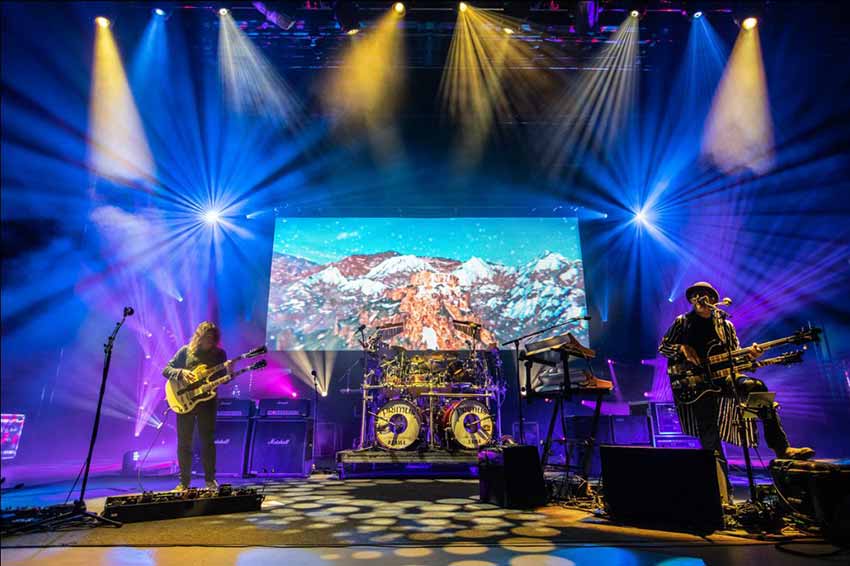 California rockers Primus have extended their popular ‘A Tribute To Kings’ tour, which pays homage to legendary act Rush and their 1977 album ‘A Farewell To Kings,’ adding 46 more dates in April, May and June 2022.

“Hemispheres was my first concert,” Claypool comments, referring to Rush’s 1978 album and tour. “Originally we’d always kind of joked around about doing Hemispheres…but we settled on Kings, because A) it was the first Rush record I ever heard and B) it contains ‘Cygnus X-1,’ which has always been my favorite Rush tune. It seems to be a good one for us to tackle; 2112 seemed a little obvious.”

A press release adds, “The announcement follows the massive success of the first leg of ‘A Tribute To Kings,’ which was long-delayed due to the coronavirus pandemic. It’s just the latest in a long series of Rush-related milestones for Primus, who first opened for their musical heroes in 1992.”

“Geddy, Alex and Neil had been superheroes to Larry, Herb and I in our teens,” Claypool recalls, “so when we all became pals while touring together in the early ’90s, we were pretty delighted; partially because of the musical geek-out factor but mostly because the three guys whom we had admired so much from afar, turned out to be truly great, down-to-earth humans, and like us, a tad eccentric.”

The presser ends with, “Kicking off in Oklahoma City before winding its way throughout the US, the second leg of ‘A Tribute To Kings’ will also include the tour’s first stops in Canada, beginning with two dates in Toronto on May 13-14. Rush was formed in Toronto in 1968. The second leg will also feature special guests Battles, Black Mountain, and The Black Angels.” 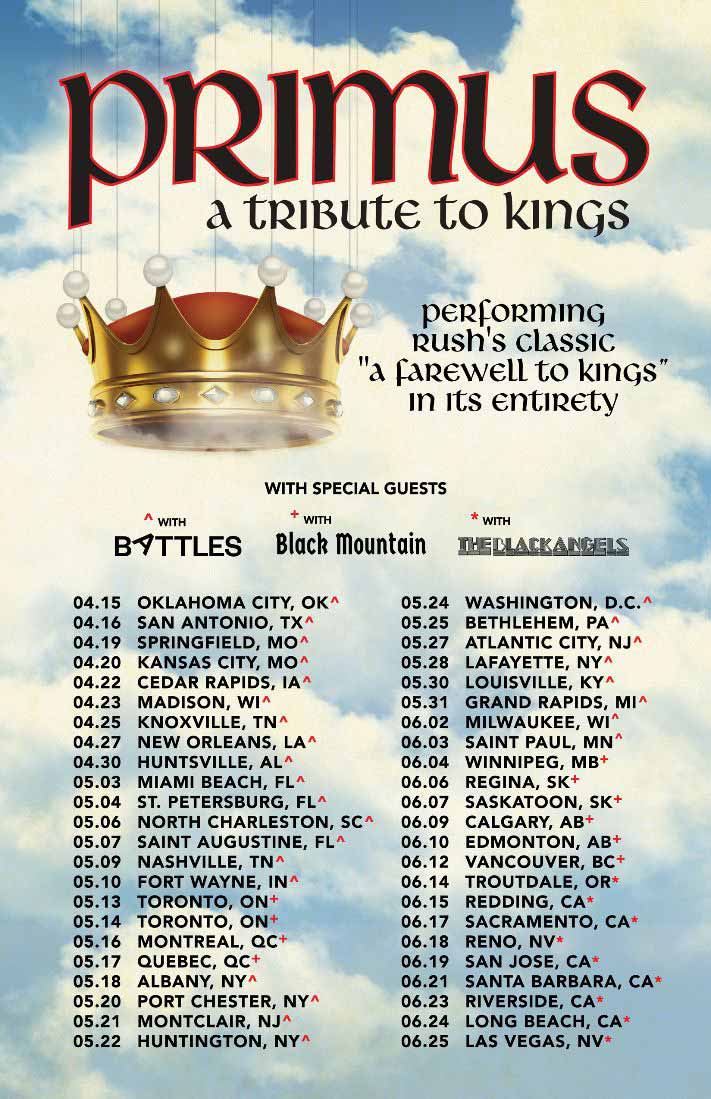