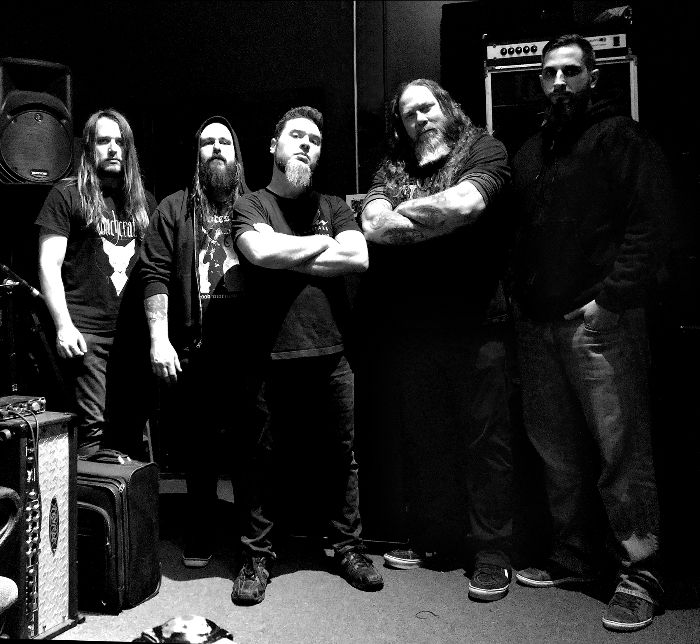 Chicago death metal band Bear Mace have just released their track “Charred Field of Slaughter” via Metal Injection. The song is from their upcoming album of the same name which will be released on August 14th.

Since forming in 2012, Chicago death metal quintet Bear Mace has mostly operated in the shadows. Influenced by Death, Bolt Thrower, and Massacre, the band made their presence known via a demo cassette and infrequent live appearances. Finally, in 2017 the band released a debut full-length, Butchering The Colossus, leading to positive reviews and a recent opening slot for Tampa legends Massacre on their reunion tour. However, work on a follow-up album was delayed by turnover in the band’s ranks. Finally, the wait is over, and Bear Mace is prepared to unleash their 2nd album “Charred Field Of Slaughter” upon the world.

From the opening battle cry of “Destroyed By Bears” to the anthemic “From The Sky Rains Hell,” Bear Mace clearly has something to prove. Tracks like “Plague Storm” and “Let Crack The Whip” easily stand alongside the band’s most aggressive material, while the title track is a haunting description of modern war. The massive-sounding mix by Damian Herring (Horrendous) pays homage to the band’s Tampa-based influences, while keeping one foot in the current time and place.