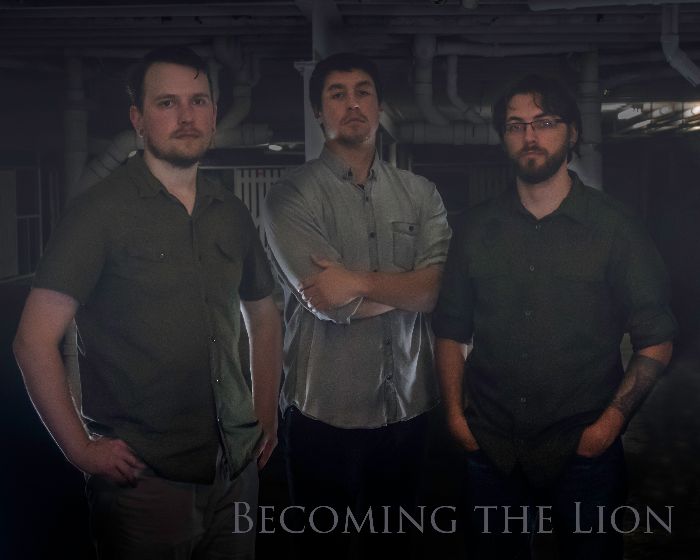 In a statement, the band said:

With another eight years since the demos of Unearthly Creature were put into the air, our 2020 re-issue will complete the original songs laid out Ross. The familiar tunes will be there, but we have reworked each one from the ground up with more technicality and dynamics to round out those rough edges.

The EP will be released in late spring. Hear the band’s previous recordings via their Bandcamp page.

Here’s more info on the band via the official announcement:

Born in a Illinois basement in 2009, Becoming the Lion has evolved from an instrumental solo project to a post-metal trio that channels Russian Circles, Deftones, and more. With Ross Blomgren on guitar, bass, and vocals, Dan Mazur on guitar and vocals, and Dennis Paterkiewicz on drums, Becoming the Lion released the Ghost of a Fallen Soldier EP in 2018 and is looking forward to unleashing the follow-up EP Unearthly Creature in spring 2020.