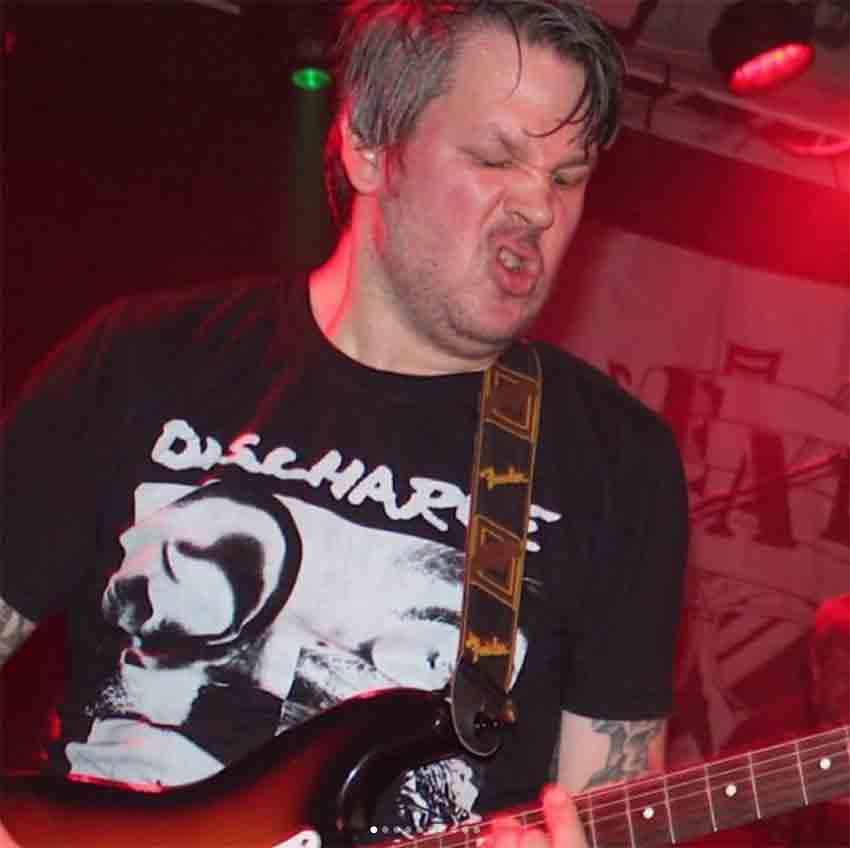 Founding guitarist of Swedish post-punk act Viagra Boys, Benjamin Vallé, has sadly died at the age of 47. Cause of death has not been confirmed.

The band broke the news on social media earlier today, writing the following:

“it brings me great sadness to say that our beloved friend and founding member of viagra boys, Benjamin, has passed. Benjamin was loving and kind and the sweet memories we have together are countless. i cant stop crying while going through pictures of you but also laughing because you were one of the funniest, goofiest, people i had the pleasure of knowing. benjamin or ‘benis’ as we knew him, spread laughter and happiness wherever he went and i will cherish the memories we have of touring the world together. Benjamin, we love you with all of our hearts and Viagra Boys would have been nothing without you. This planet just lost one the good ones. I hope you’re somewhere up in space telling bad jokes to an alien. Goodnight my sweet boy. I’ll love you forever. Raise your glasses for benis. its what he’d have wanted. ❤️❤️❤️❤️💔”