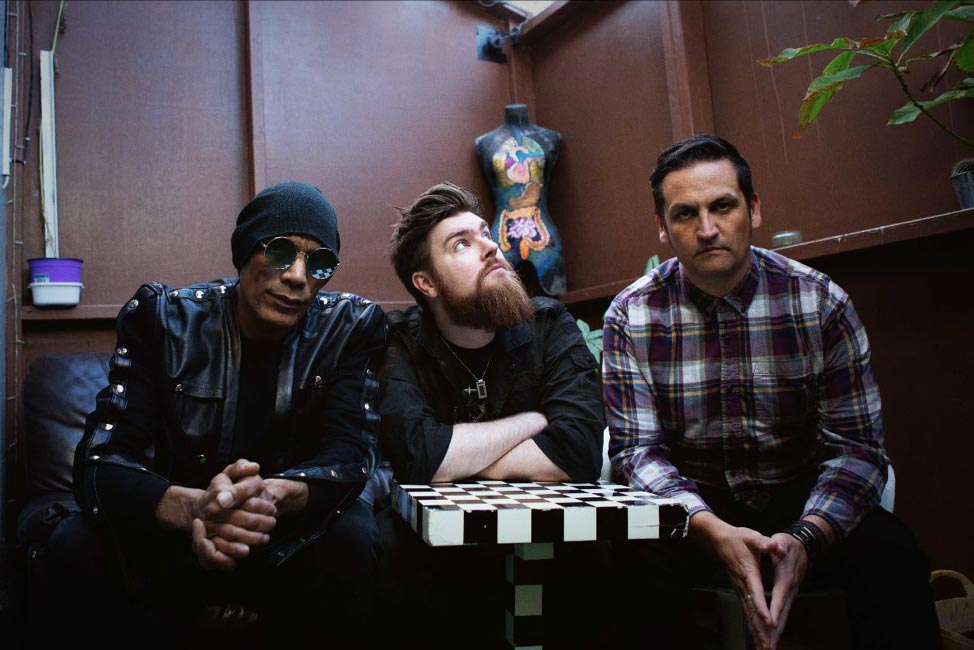 Watch the video for “Winter Keeps Us Warm” here:

“Winter Keeps Us Warm is a huge song for us. We wanted to do something super melodic that still maintained the complexity and heaviness we love. Balancing the two helped us craft a track that is so much fun to play. Lyrically it continues exploring the Sci-Fi ideas shared by all the songs on Semaphore. Winter Keeps Us Warm is about the captain of a crippled ship setting course for what he hopes will be a friendly outpost, and committing totally to his path. He and his crew submit to hibernation knowing that either their desperate signal will be received and they’ll be saved, or they’ll drift forever in deep space and die. The title is inspired by a line from T.S. Eliot’s The Wasteland, a poem that also gives us the titles of two books by my favourite author Iain M Banks – Look to Windward and Consider Phlebas.

The video, again the brainchild of our friend Alina Gordienco, is an amazing sequence showing a female astronaut trying to escape a maze of tunnels. It was shot in the catacombs of Odessa, which served as bomb shelters during the Second World War. It’s truly beautiful. We filmed the band shots in London with the brilliant Jay Hillyer – he really smashed it.”