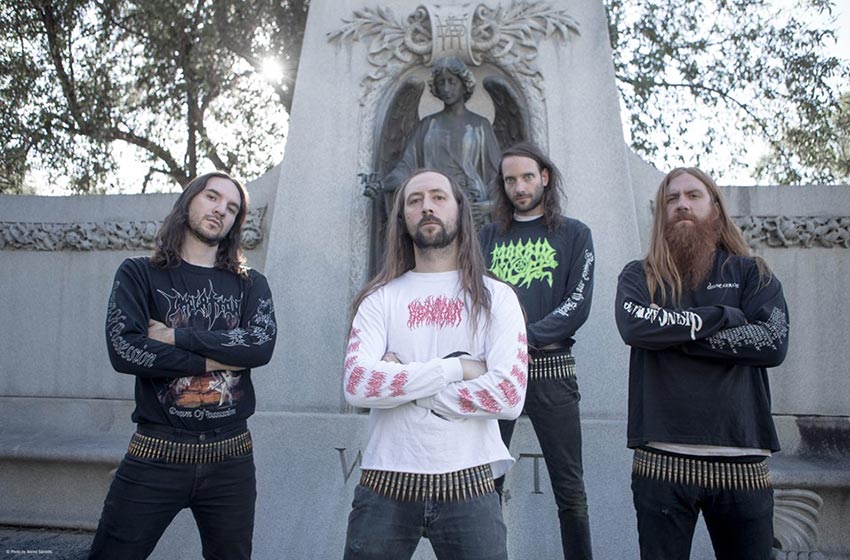 Denver, Colorado cosmic death metal explorers Blood Incantation have announced a special streaming event being called ‘Hidden History of the Human Race (Live in the Rehearsal Space),’ in support of their latest full-length album of the same name (get it).

The virtual concert will be held this Friday, September 25 at 2PM ET/8PM CET/12PM MST via YouTube (embedded below).

Century Media Records and Blood Incantation are proud to present the “Hidden History of the Human Race (Live in the Rehearsal Space)” YouTube premiere this Friday, September 25th 2020 at 8pm CET / 12pm MST.

Tune into the show here, and join us for a live chat for the duration of the set: [LINK]

We are also offering two limited long sleeve shirts, only available for a one week long pre order beginning at the start of the live stream.

US orders will he printed on Gildan Ultra Cotton long sleeve shirts by Inferno Screen Printing and sold via our Big Cartel.

European demons can also participate in the pre order via our official EVIL GREED store.

Check out some teaser shots from the band’s Facebook page.