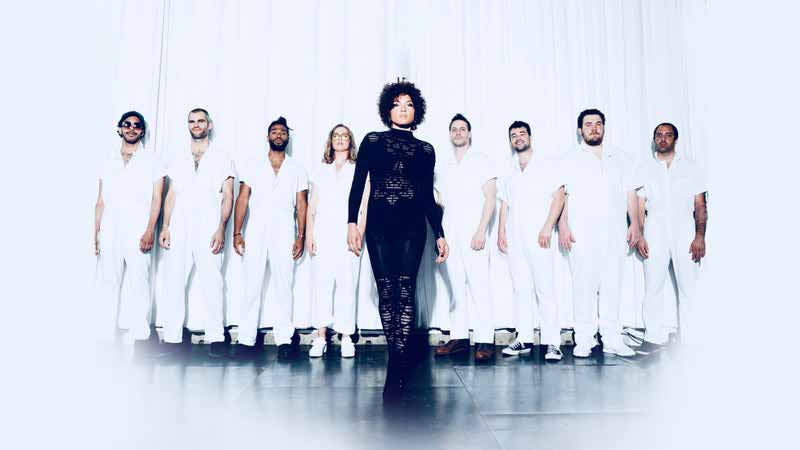 NY-based collective Brass Against – known for their covers of classic songs by Rage Against The Machine, Tool, Audioslave and others, closed out the ‘Rockvillain Stage’ at ‘Welcome To Rockville’ at the Daytona International Speedway in Daytona Beach, FL last night, November 11th.

Apparently and during the band’s performance of Rage Against The Machine’s “Wake Up,” Brass Against vocalist Sophia Urista urinated on a fan’s face. In fan-filmed footage posted online (see below, NSFW), it looks like the concert-goer willingly sat underneath Sophia on-stage as she dished out a golden tidal wave.

Prior to the man, who looked to have stuck a beer can on his forehead, jumping on-stage, Sophia had pointed him out in the crowd and said, “Get my man with the can on his head ready, ’cause we’re going to bring him on-stage and I’ma piss in this mother f**ker’s mouth.” Sophia had apparently drank a lot of water before/during their set, and really had to go to the restroom, so she thought she might as well make a show out of it!

Brass Against’s ‘Rockville’ performance consisted of a trio of Rage songs, two Tool hits, and their original track “Pull The Trigger” – check out more fan-recorded clips from last night at the end of this post.

Brass Against will be touring Europe next year with Tool — check out those dates below.

Here’s the full song with the incident: