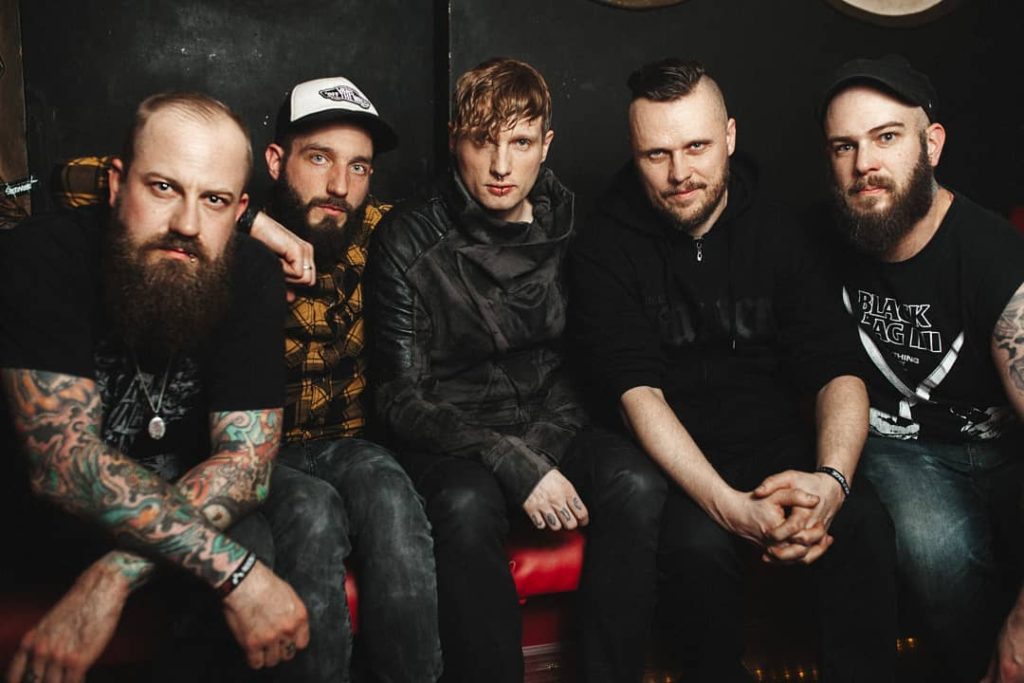 It took German metalcore vets, Caliban, recording a cover of Rammstein’s “Sonne” to realize that their native tongue was a seamless fit with their time-tempered collision of punishing riffs and Andreas Dörner’s urgent vocals. With fans hungry for the Essen-borne quintet to record an album exclusively in German, the band simply said, “Why not?”, and ‘Zeitgeister,’ which will be released on May 14th, was born [pre-order].

Today the band is releasing the first song and music video “Intoleranz“ from their forthcoming album. The original, “Intolerance,” was released on their classic debut album ‘A Small Boy In A Grey Heaven.’ Check out Caliban’s 2021 take on the song and the music video, directed by Michael Winkler for Der Pakt, here [embedded below].

Caliban vocalist, Andreas Dörner, states, “The song was originally called ‘Intolerance’, it is a very old track from ‘A Small Boy In A Grey Heaven’. In a nutshell the motto is: I will stay different. The song is a plea for individualism and individual fulfilment and against intolerance.”

Also Check Out: Sirenia launch “This Curse of Mine“ lyric video