Old school death metal revivalists Carnation have announced the physical release of their ‘Galaxy Studio Sessions’ performance, which was previously aired as a live stream event on April 18, 2021. The live album is slated for release on January 7, 2022 and will be available on all digital platforms and a limited edition vinyl version. Pre-orders are now available HERE.

In celebration, CARNATION is now releasing the first live video for the track “Reincarnation,” which is taken from the band’s latest record, ‘Where Death Lies.’ The clip is available at THIS LOCATION [embedded below].

CARNATION comments: “To celebrate the excellent experience we had during our livestream event at the Galaxy Studios, we have decided to release the entire recording as a standalone live album. We consider this performance as an important milestone during our ‘Where Death Lies’ album cycle, as we were finally able to present the new tracks in a live capacity after multiple unsuccessful attempts. We hope you will enjoy this recording, and let it be a reminder to stay persistent against all odds.”

ICYMI: Carnation now has their very own Instagram filter via Instagram stories! Search for the Carnation filter via @Seasonofmistofficial to have some fun!

‘Where Death Lies’ is out NOW and can be ordered, streamed, and downloaded HERE. 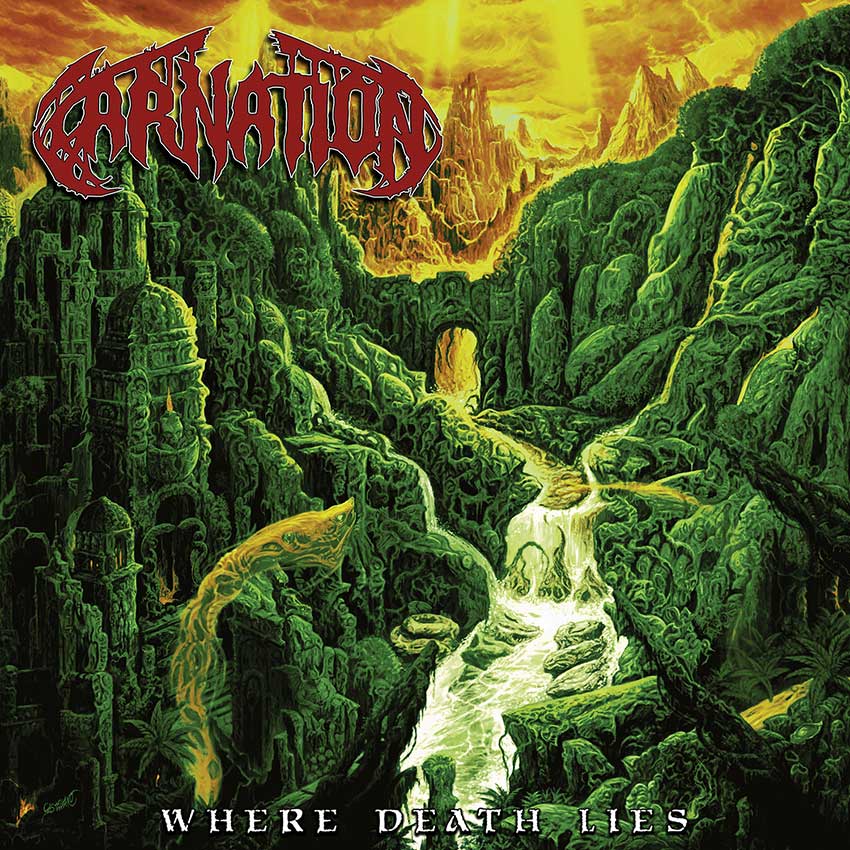 Also Check Out: Lucifer discharge new video single, “Crucifix (I Burn For You)”