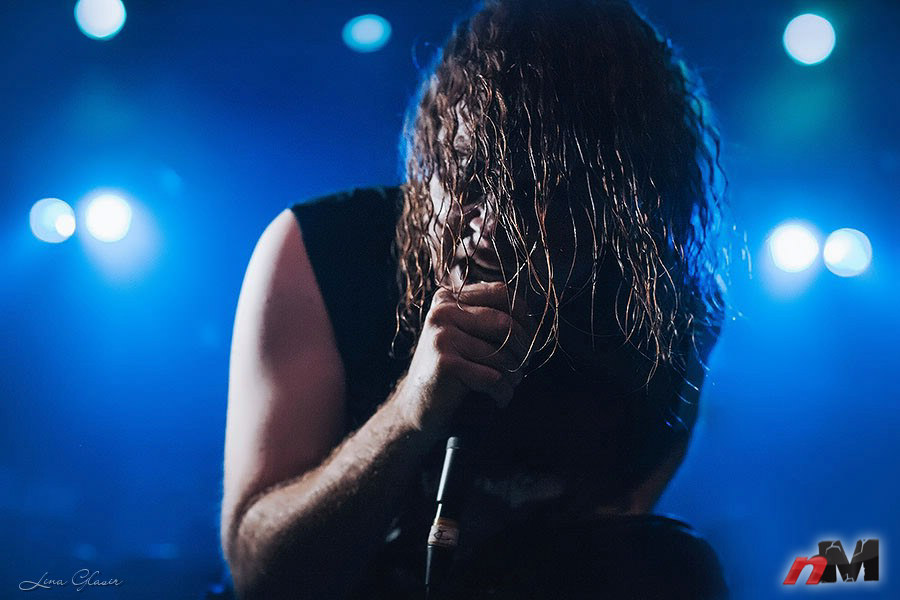 San Diego, California-based deathgrind favorites Cattle Decapitation have announced their ‘Death…At Last Tour’ with The Last Ten Seconds of Life, Creeping Death and Extinction A.D. in tow — all shows are listed below.

A presser states, “When CATTLE DECAPITATION released one of the most unflinching albums of 2019, Death Atlas, American fans were left in a void as tours were shut down due to the pandemic. Today, the San Diego grinders announce the DEATH…AT LAST Tour, also featuring THE LAST TEN SECONDS OF LIFE, CREEPING DEATH and EXTINCTION A.D.”

Cattle Decapitation frontman Travis Ryan states, “We are ecstatic to be able to finally announce a US tour after almost two years of inactivity in the States due to the pandemic! Our latest album and what we consider to be the bands finest hour in our entire 25 year history, Death Atlas, will finally get its due in the States. Before things shut down, we had nailed down what we felt was our best live set we had ever done and had played it in Australia, New Zealand and Japan but were cut off before we could bring it to the states after you all had fully digested it.”

He adds, “Well, we’re happy to say we’ll be taking some time out of our busy writing schedule to do this album some justice LIVE starting this January. We’ll be bringing along some bands whose names fit nicely in the aesthetic of Death Atlas including THE LAST TEN SECONDS OF LIFE, CREEPING DEATH and EXTINCTION A.D.! We ALL deserve everything that’s coming! DEATH…AT LAST!” Tickets go on sale Friday, November 12th.” 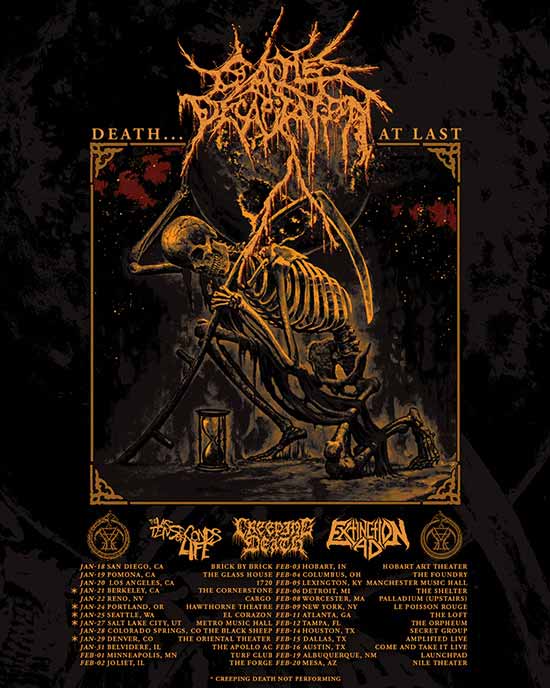