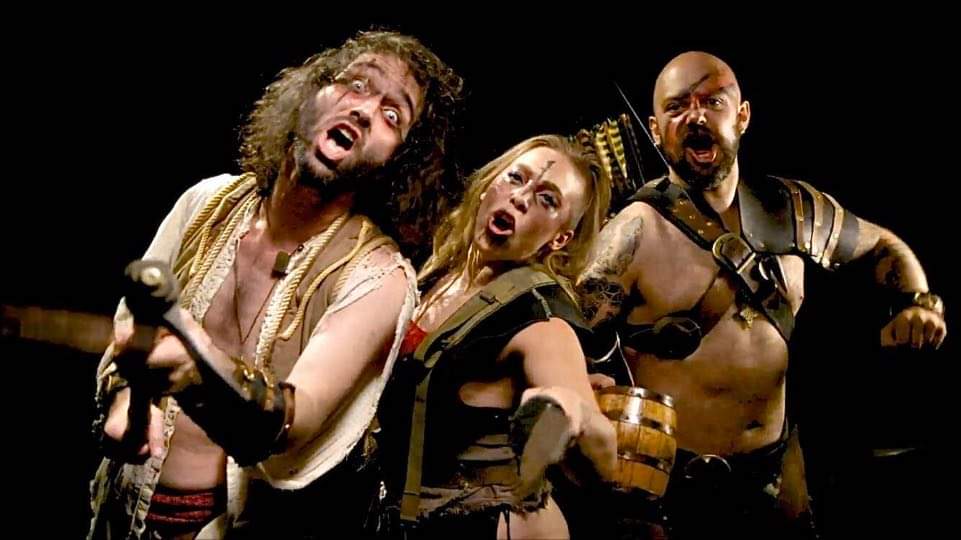 Reece Miller, the multi-instrumentalist behind this unique folk outfit, says,

“Man oh man, making this video was an unforgettable romp! This song was written by Francis Roberts (the nerdy mastermind behind King Gorm and Old Man Wizard) many years ago, back when he and I were performing together in The Dread Crew of Oddwood, but it never made its way into the track listing of an album. However, I’ve loved the song since I first heard it, and I knew shortly after starting this project that I wanted to do a version for Celtic Metal Dude!

I love covering metal songs in my very not-metal style, but I think the CMD instrumentation lends itself to this original piece perfectly. It was an absolute joy to arrange and record, and shooting this felt like a quest through the realms of my childhood fantasies: scrambling up the posts of lagoon side docks, running through the canyon trails of my home town, playing dress up to make some goofy costumes, and drinking a shit ton of beer!

A very special thank you to Madison Lowery, who not only lent us her voice and her performance skills in front the camera, but dragged herself out of bed at 4:30 in the morning to film me for the sunrise shots. I hope you enjoy watching this as much as we did creating it! Let’s go on an adventure!”

Celtic Metal Dude is a video-based project that challenges what it means for a song to be “metal” — through covers of metal music performed solely with voice and traditional acoustic folk instruments. True to the name, CMD also focuses on creating thoughtful and enticing arrangements of traditional Irish, Celtic, and Anglo music, with a handful of original pieces scattered throughout. If you can see past all that intellectualism, there will be head banging, drinking, bare chested -ness, and strict adherence to having fun.