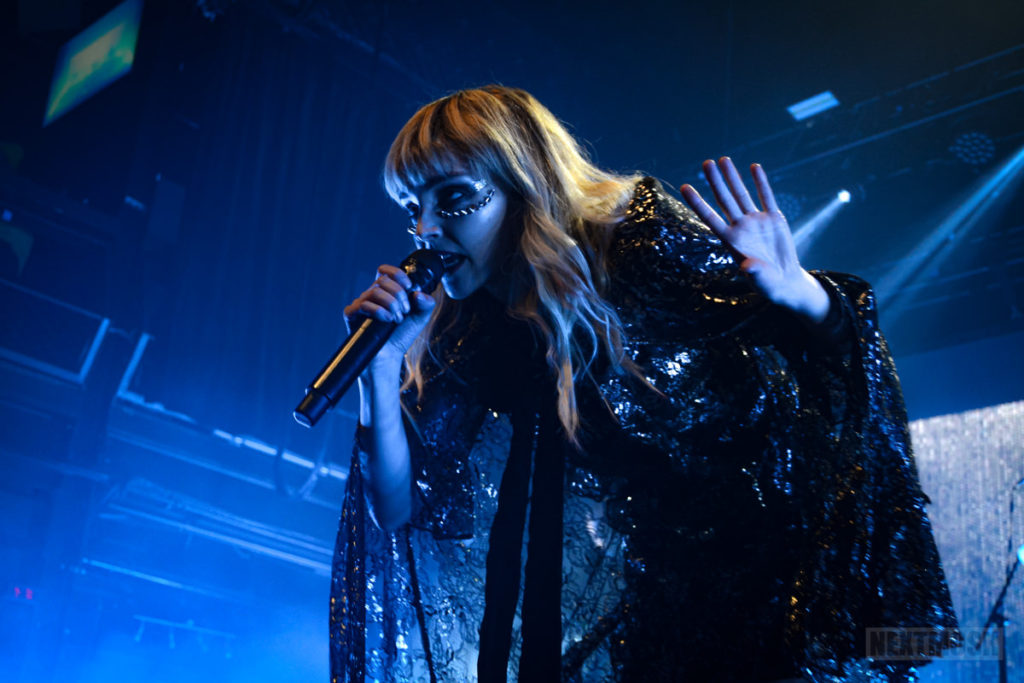 Earlier this year, Glasgow’s synth-pop rock trio Chvrches (consisting of Lauren Mayberry, Iain Cook and Martin Doherty) released (through EMI Records in the UK and Glassnote Records in the US.) their fourth studio album by the name of ‘Screen Violence,’ which spawned the singles “He Said She Said” and “How Not to Drown” (featuring Robert Smith of The Cure).

Supporting ‘Screen Violence,’ the band embarked on a November through December U.S. run, which featured stops in Houston, Minneapolis, Detroit, Boston, LA and New York City, which hosted back-to-back shows at Hell’s Kitchen’s Terminal 5. We caught the November 27th gig at Terminal 5, which saw the band perform aforementioned new tracks, plus crowd-pleasers like “Forever,” “Leave a Trace,” “Science/Visions,” “Bury It,” “Recover,” “The Mother We Share,” “Clearest Blue” and more. Check out photos (including shots of opening act Donna Missal) by Dominick Bianco from the T5 show via the gallery below.

Next up for Chvrches, the band will hit the UK in March followed by a stop in Mexico in the spring, and festival appearances at ‘Hurricane Festival’ (Germany) and ‘Mad Cool’ (Spain) over the summer — get more info at chvrch.es. Additionally, the ‘‘Director’s Cut’ version of Screen Violence‘ was recently released, the effort contains three additional tracks that were not included on the original record.