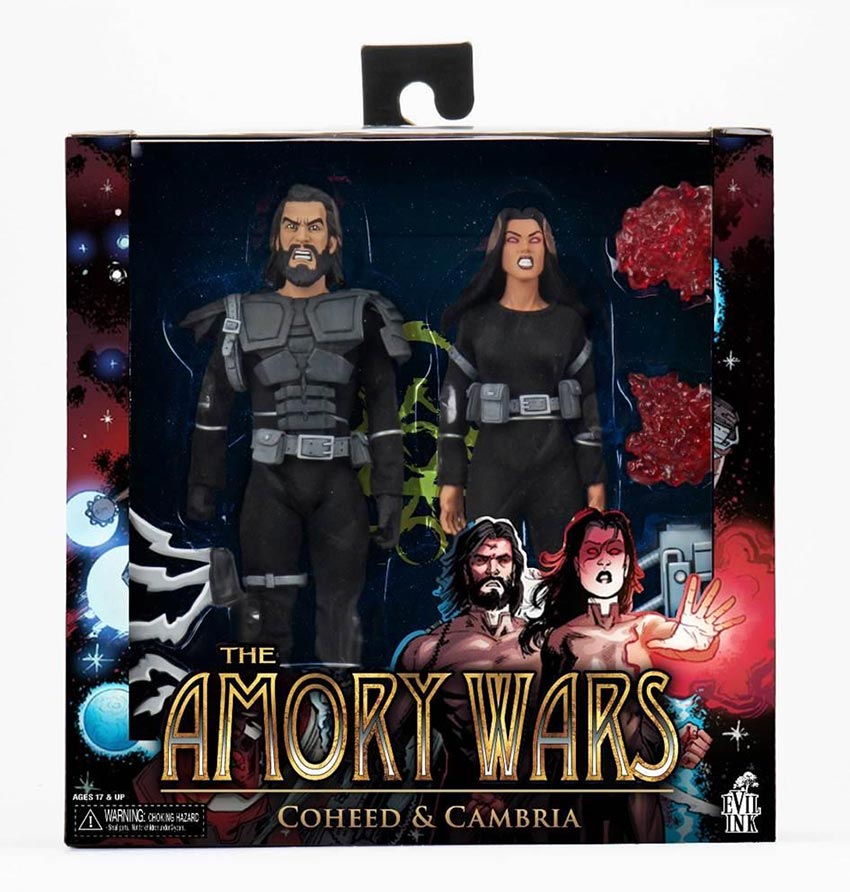 Prog rock greats Coheed and Cambria and their comic book brand, Evil Ink, have joined forces with NECA for the release of the first-ever line of ‘The Amory Wars’ action figures. Pre-orders are available now (and are expected to ship for the holidays if you order ASAP) via the band’s official site.

“This fulfills a dream for [frontman Claudio] Sanchez, as he integrates the sci-fi concept behind his band’s concept albums (The Amory Wars) into the toy space for the first time,” says a press release. “Story protagonists, Coheed and Cambria Kilgannon come to life as intricately detailed 8-inch fully posable action figures with detachable weapon accessories. To promote the figures, the band shared a throwback nineties-style “Action Figure commercial” featuring the heroic husband and wife duo as a nostalgic nod to the toy renaissance of their youth.” Check out that video below.

Regarding the partnership with NECA, Sanchez comments, “Lights, Camera, Action… Figures! I’m very happy to announce the release of our collaboration with NECA in bringing The Amory Wars line to life. As a child, toys played an integral role in the foundation of who I am now as a storyteller and the excitement never fades when I get to take this step with any of my creations.”