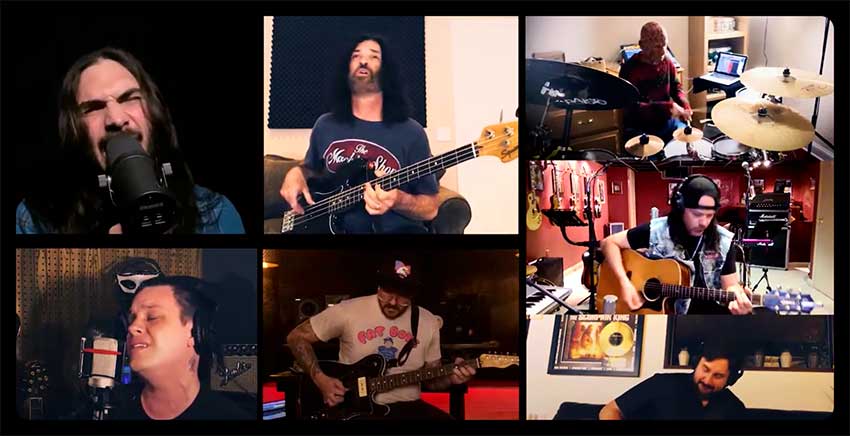 Past/present members of Cold, Crobot, Candlebox, Breaking Benjamin, Earshot and Lifer have teamed up for a powerful live video performance of the Temple of the Dog classic “Hunger Strike.” Check out the official stream below.

The series itself “features a rotating list of all-star musicians recreating the music that inspired them from their respected quarantine headquarters,” as per the official announcement. The series has previously covered Filter’s “Take A Picture” with past/present members of Filter, Cold, Breaking Benjamin, Candlebox and Lifer.

In addition and according to Coyle, his mission for the project is to “bring artists together despite social distancing and offer fans a sense of inclusiveness during these troubling times.”

“The only good thing that has come out of this whole Covid-19 shut down is that now musicians who may have never have had the opportunity to collaborate before now have the time to do so,” Coyle continues to say. “‘Hunger Strike’ is one of those songs that will always be relevant. That’s the genius of Chris Cornell. His music and lyrics are timeless.”