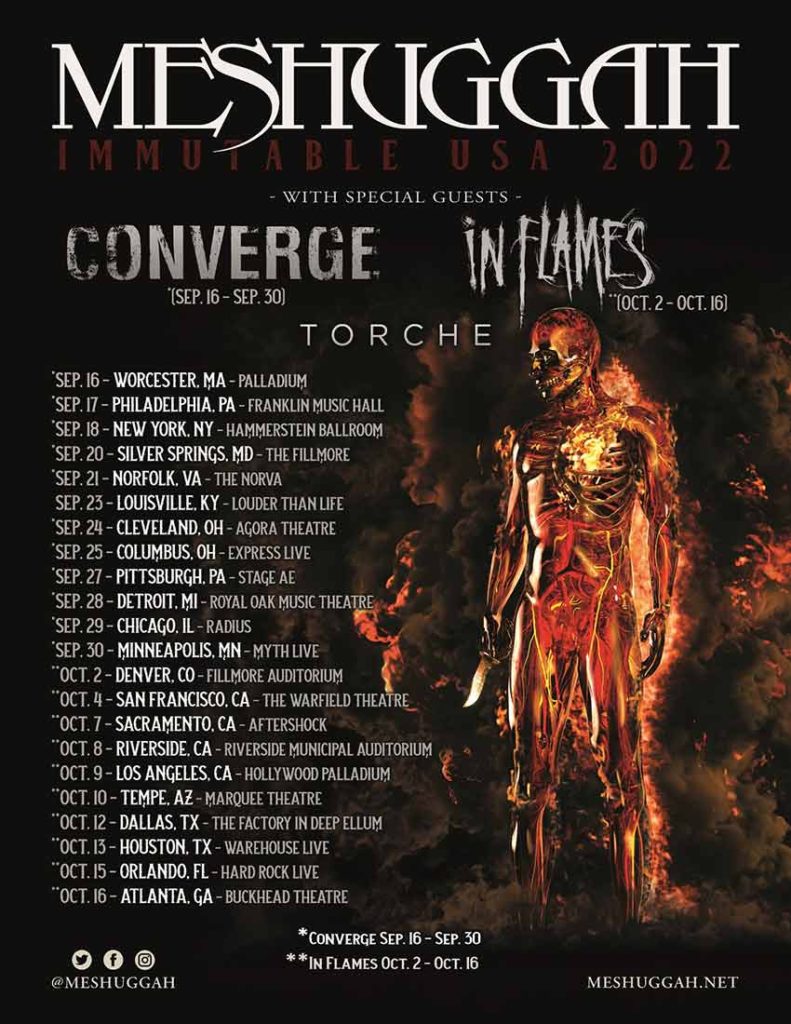 Meshuggah comment:
“We are happy to welcome Converge and In Flames as our special guests for the upcoming U.S. tour this September/October! Converge will perform on the first half of the tour between Sept 16 – Sept 30, while In Flames will be performing the second half between Oct 2- Oct 16. As previously announced Torche will be doing the full tour. At the same time, we’ve been able to add a show at the NorVa in Norfolk VA, on September 21st, to the tour. Tickets for the NorVa show will go on sale this Friday at 10 am local time. All other shows are already on sale.”

Meshuggah are hitting the road in support of their new album ‘Immutable,’ which features the pummeling tracks “The Abysmal Eye,” “Light the Shortening Fuse” and “I Am That Thirst” — stream all three songs after the tour dates below.

Also Check Out: Sunlord touring with Destruction & Nervosa on their upcoming run