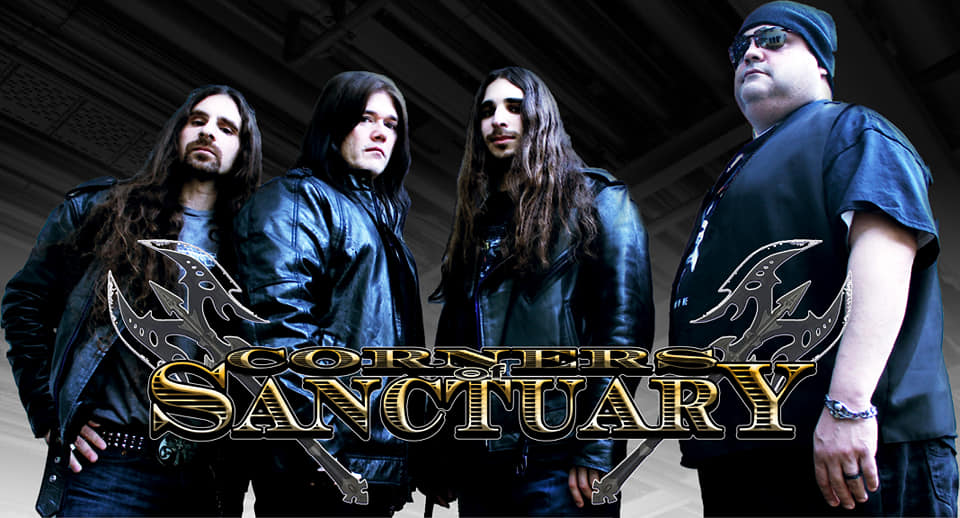 Philly heavy metal unit Corners of Sanctuary have announced a trio of California shows for the start of December. The gigs follow a string of previously booked appearances in New Jersey (Dingbatz) and Pennsylvania (The Metal Feast) — all dates are listed below.

“2021 has been a touch and go all year for fans as to whether or not we will see our favorite artists back on stage. Many feel the show must go on and thus have taken to the road to bring live performances back!” exclaims a press release. “2021 marked the 10 year annivers­ary for Corners of Sanctuary since its formation. Originally, the band had planned on celebrating the milestone with a tour in the UK and Europe. However, as the pandemic continues to linger and worldwide restrictions are still in effect, COS did what any other band in that position would do; release new music, including a new album “Fight Till the End,” which drops November 26th on RFL Records.”

“We definitely had big plans for 2021 but that was not to be the case…,” comments Corners of Sanctuary guitarist Mick Michaels. “Things are opening up and we are jumping on board with playing out…who knows what tomorrow will bring.”

The presser adds, “COS wrap up the year with a small number of shows on both US coastlines. Scheduled performances include support for The Three Tremors in New Jersey, a pre-Thanksgiving show in Philadelphia, and the band’s fourth outing to the West Coast marking it with a return performance at the legendary Whisky A Go-Go with Kill Devil Hill, among other dates.”

“We are grateful for the opportunity to perform again and appreciate everyone who has been supporting us,” Michaels ends with. “It’s great to be performing again.”

In addition, Corners of Sanctuary will be releasing their annual Holiday single, “Rockin’ the Holiday,” and bundle package on November 19th, stay tuned.

Also Check Out: All That Remains embarking on ‘The Fall of Ideals’ 15th anniversary tour