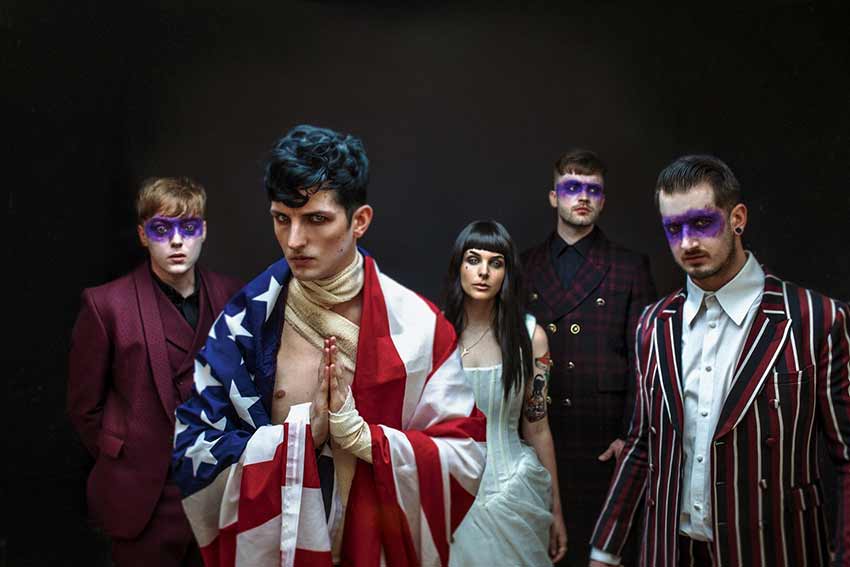 English rockers Creeper have posted their new single “America At Night” from their impending new EP ‘American Noir’ (out July 30th on Roadrunner Records – pre-order). Stream the fresh tune below.

Regarding the new track, the label say, “‘America At Night’ is indicative of CREEPER’s ever-expanding ambition. Its initial funeral march rhythm gradually grows in texture as it takes on a cinematic majesty, with emotive piano, stirring strings and arguably Ian Miles’ most evocative and timeless solo to date. As ever, Will Gould brings a black-hearted showman quality, as he builds from solemnly intoned poetic twists on pop culture references towards a sky-scraping hook.”

Lead vocalist Will Gould states, “‘America At Night’ finds our character Annabelle in mourning after the death of forbidden lover, Roe. Written in the heart of Hollywood, California, the home of the romantic tragedy, this is one of the most dramatic pieces we’ve ever created.”

The label adds, “‘America At Night’ further fuels anticipation for American Noir. A requiem to Roe, the central character from their Top 5 album Sex, Death and The Infinite Void, the EP puts a new focus on keyboardist and second vocalist Hannah Greenwood, while the band’s ability to conjure atmospherics is further developed with three mood-setting interludes.”

In addition, Creeper will host a special live streaming event through Twitch on July 25th at 8PM BST (12PM PDT / 3PM EDT). The show is part of the ‘There Is Light’ concert series, and will be streamed live from The Lafayette in London.

Creeper will also play live shows this year and in 2022, see all confirmed gigs here.