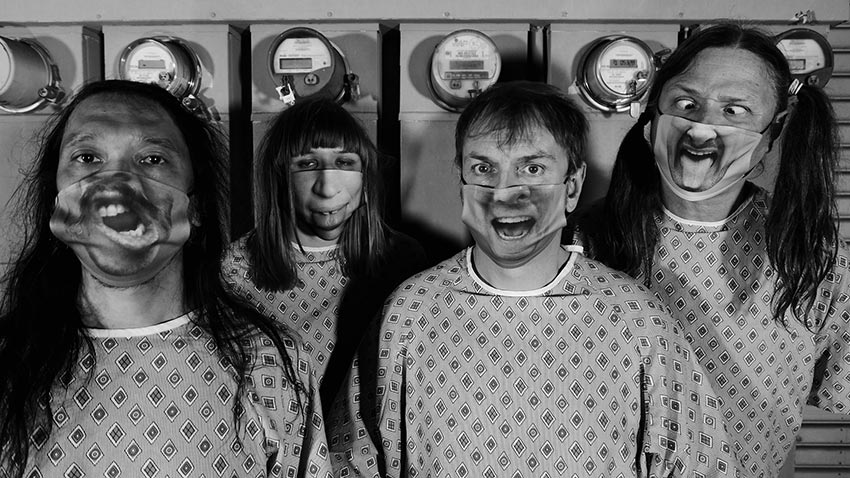 Following the release of new single “Tougher,” Dale has now unleashed (via Flood Magazine) another new track in the form of an official music video for “I Can’t Help You There” — check out the new cut/clip below.

“I enlisted Toshi Kasai and Alicia DiGiovanni to help direct, film and edit,” comments Crover. “I gave them the basic ideas I had and they ran with them. Inspiration came from ‘One Flew Over The Cuckoo’s Nest,’ The Cramps’ 1978 performance at Napa State Mental Hospital, and the creepy face mask of LA Dodger Kiké Hernández.”

“The clip, which continues Crover’s tributes to illustrious moments in video history (see his 2017 nod to Paul McCartney here), was directed by Crover and Toshi Kasai under the Deaf Nephews moniker,” says a press release.

Kasai added, “It’s my first time directing a video, the result being like the music I produce, timeless entertainment!”

DiGiovanni closed out with, “The camera delighted in the playfulness of all of the animated characters, what a brilliant experience.”

Stream “I Can’t Help You There”: