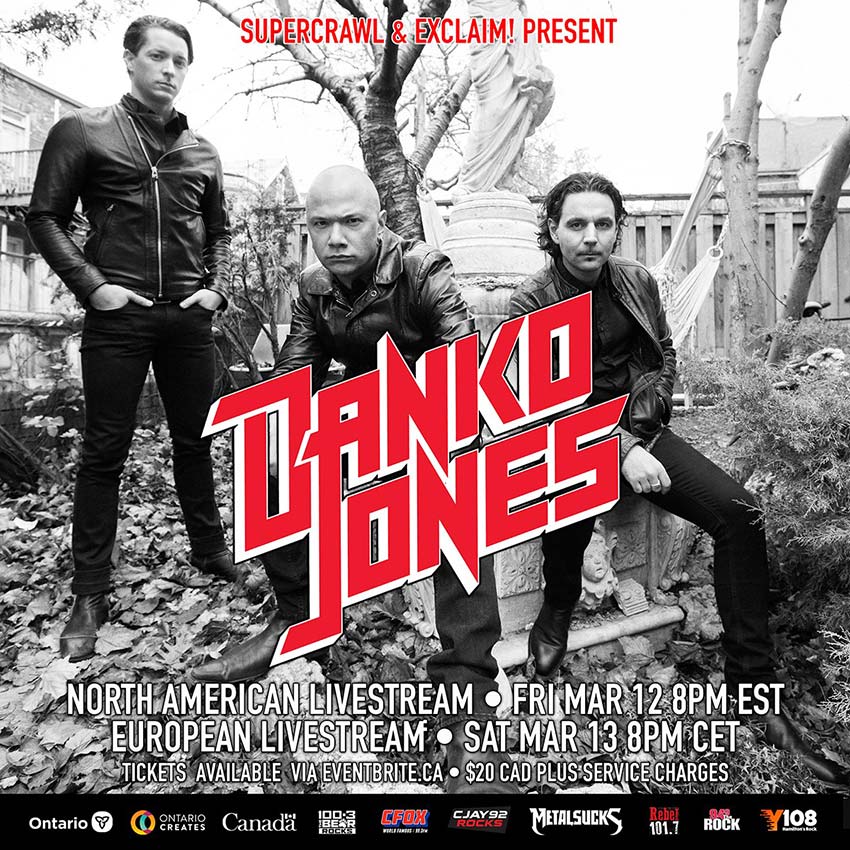 Canadian rock trio Danko Jones have announced their return to the stage for two special streaming shows at Bridgeworks in Hamilton, Ontario on March 12th at 8PM EST/5PM PST in North America, and March 13th at 8PM CET in Europe. Fans will be able to tune in to both shows from anywhere in the world.

Frontman Danko Jones comments, “2021 is the 25th anniversary of our band. 25 years of non-stop performing, touring and recording. To celebrate our silver jubilee, we are holding our first ever livestreams and we may even be premiering some new material… This has been the longest break in the history of our band so without a doubt, these livestreams will be like letting wild animals out of cages. Are you ready? We’re goddamn ready.”

Tickets and information for North America can be found HERE and for Europe HERE. Check out the official flyer below. 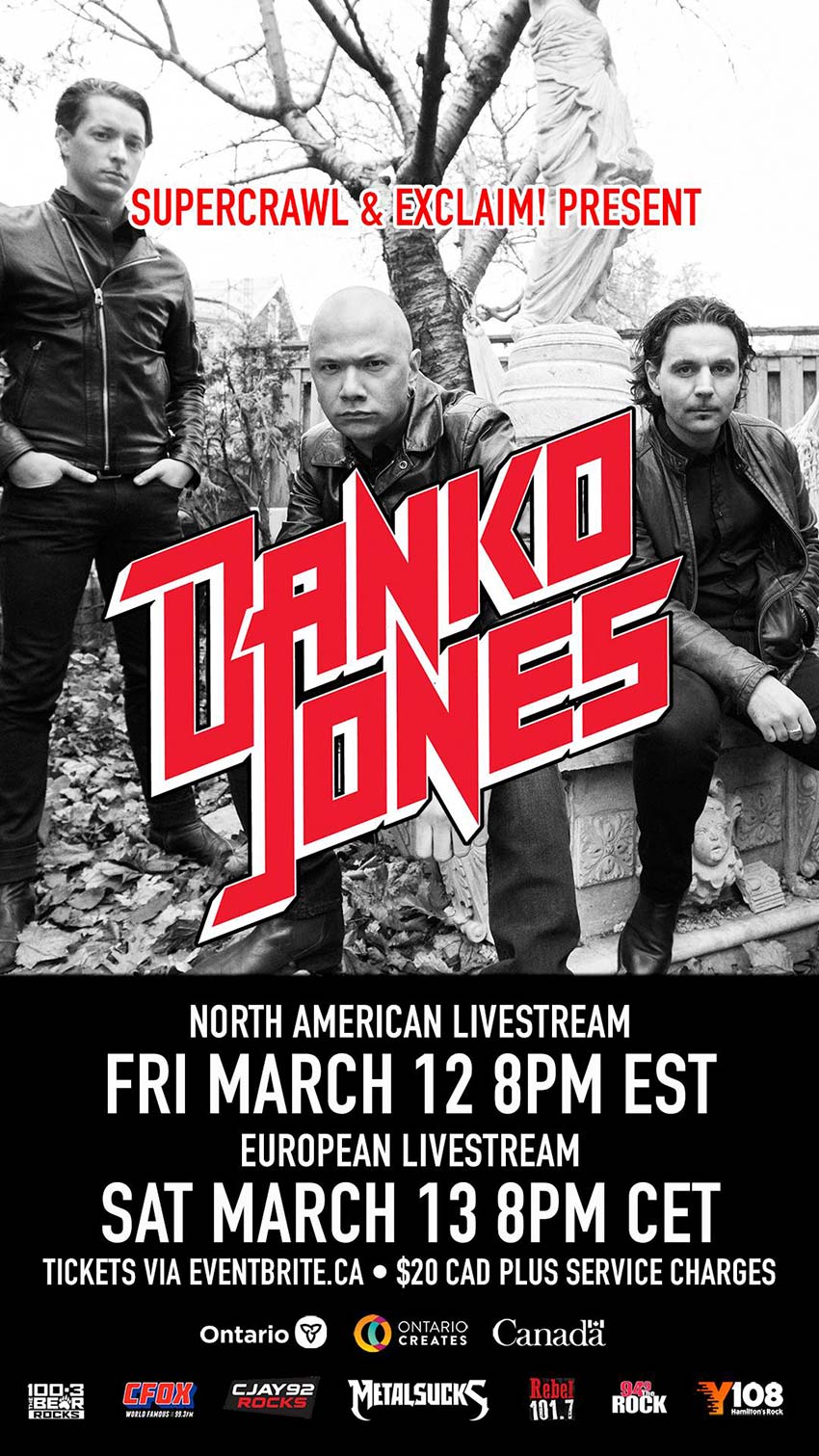 See more info from a press release below.

ABOUT DANKO JONES:
Acclaimed hard rock trio Danko Jones has earned their place as Canadian music legends. The group has gone gold and platinum internationally, had seven singles crack the US Active Rock Top 40 and had their single “Gonna Be A Fight Tonight” used as the WWE official theme song for the 2015 Royal Rumble.

ABOUT THE VENUE:
Located in a former industrial workspace on the edge of Hamilton, Ontario’s gritty north end, Bridgeworks is a new, multi-functional events hub focusing on community, arts, and special events. Since its opening in October 2020, Bridgeworks has been dedicated to showcasing dynamic events — programming that celebrates creative visions and voices from across the region and beyond. The venue gets its name from The Hamilton Bridge Works Company which made its name building iron and steel bridges for Canada’s railway system spanning from Vancouver to New Brunswick.