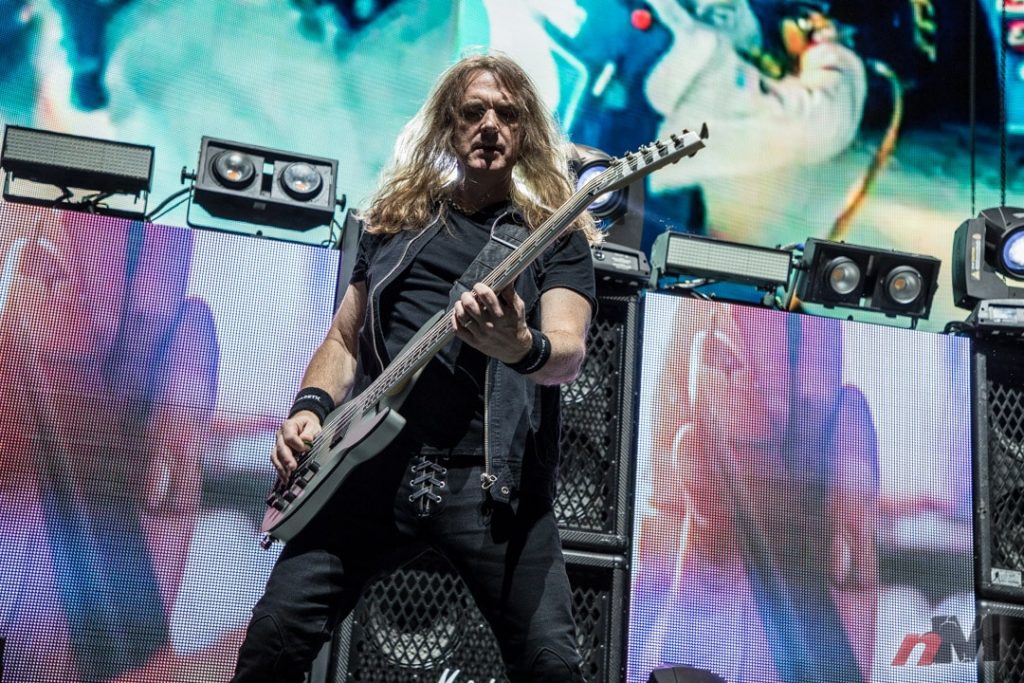 “Each event will be presented as a chronological set filled with songs and stories spanning David’s legendary career, along with some deep cuts that have rarely (or never) been performed live from his catalog of work,” states the trek announcement.

Here’s more info from a press release, “The David Ellefson Bass Chronicles band will be comprised of Ellefson, Andre Vanchot (Eddie Ojeda Band) on vocals, drummer Christian “Opus” Lawrence (Dead By Wednesday) and guitarists Dave Sharpe (Dead By Wednesday) and Drew Fortier (Bang Tango), who also co-wrote Rock Star Hitman (Ellefson Book Co.) with Ellefson and is the writer, director, and star of Dwellers (Ellefson Films) which is the award winning found footage horror film produced by David Ellefson that will be released on Blu Ray/DVD/Digital on October 12 via Ellefson Films.”

Ellefson comments, “I’m excited to head out and hit the stage again as we’re preparing a special list of songs, including some rarities which have never been performed live.”

The presser adds, “VIP dinner packages will be available for each show, as well as copies of Ellefson’s new fictional book Rock Star Hitman (The Sledge Chronicles) and other concert merchandise. A behind the scenes video and teaser screening of the upcoming Dwellers film is also being arranged at select events.”

Ellefson continues, “People are excited about live shows again so we’re approaching these events like a traveling pop-up experience where you can catch a show, see a flick, buy some merch, and even break bread with the band at the VIP dinners. So, get ready for a full night out!”

For more information, head over to EllefsonStore.com. 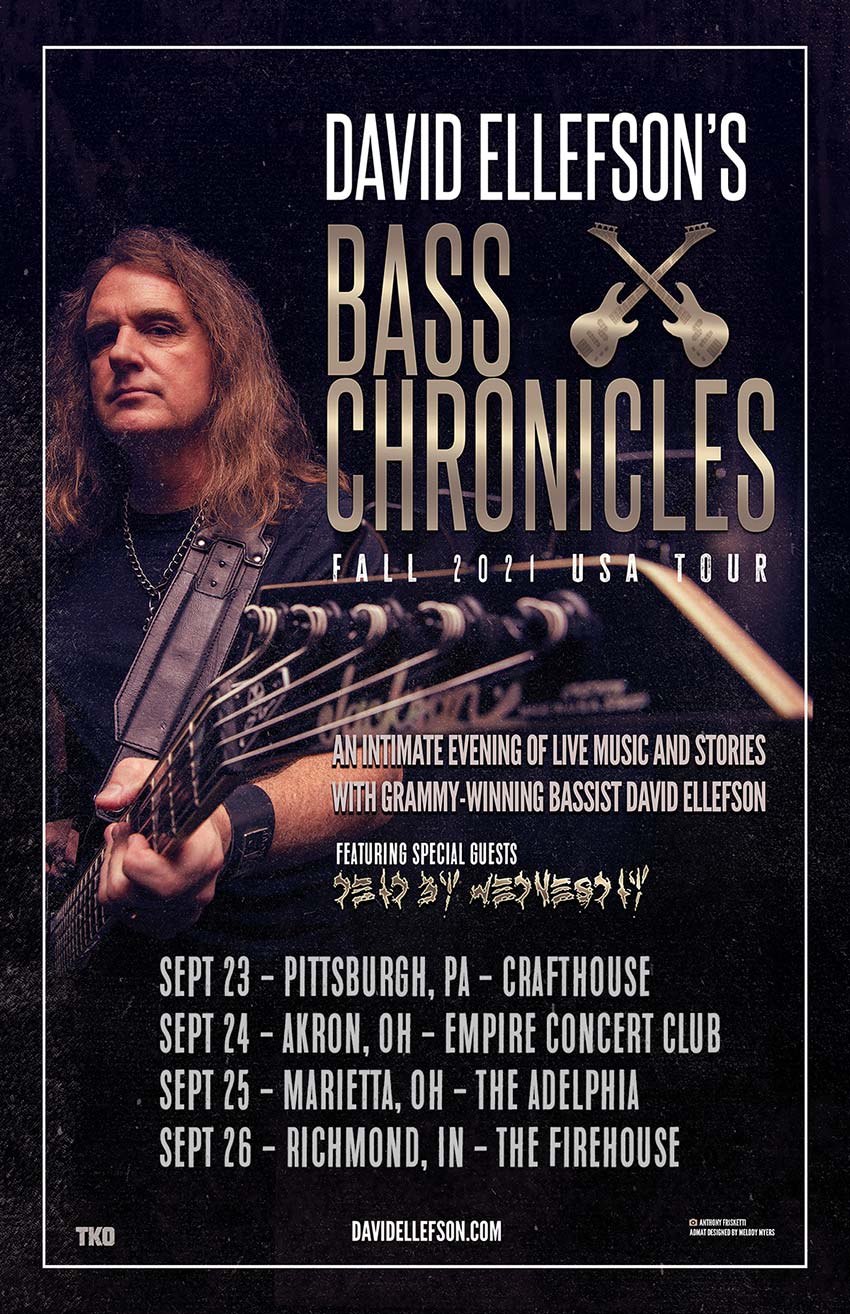 Also Check Out: Roger Waters ‘This is Not a Drill’ tour rescheduled again