The 2022 Decibel Magazine Metal & Beer Fest has revealed its lineup, which includes heavy hitters like Cannibal Corpse, Candlemass, Nuclear Assault, Wolves in the Throne Room and more. The gathering happens on June 10th through 11th at the Fillmore Philly. See full info below from Decibel. Get two-day tickets here, Fri. here and Sat. here.

That’s just one of four exclusive Metal & Beer Fest full-album sets! For the first time Wolves in the Throne Room will perform all of their U.S. black metal masterpiece ‘Two Hunters,’ Nuclear Assault will thrash through their 1986 undisputed classic ‘Game Over’ in full, and reawakened death metal/grindcore/hardcore whirlwind The Red Chord will demolish with their masterwork ‘Clients’ from start to finish.

“We are once again excited to be the sponsoring brewery for this amazing crossover beer and metal event, two things that are so important to the very fabric of our business,” says Mike LaCouture, co-owner of Broken Goblet Brewing. “Going from an idea to a small brewery and taproom to a full-fledged production brewery and music venue has taught us the value of hard work, but also sticking to your roots—and it’s a value we see shared every year with the whole Decibel crew. Plus Candlemass? Cannibal Corpse? Hell yes, we want to be there!” 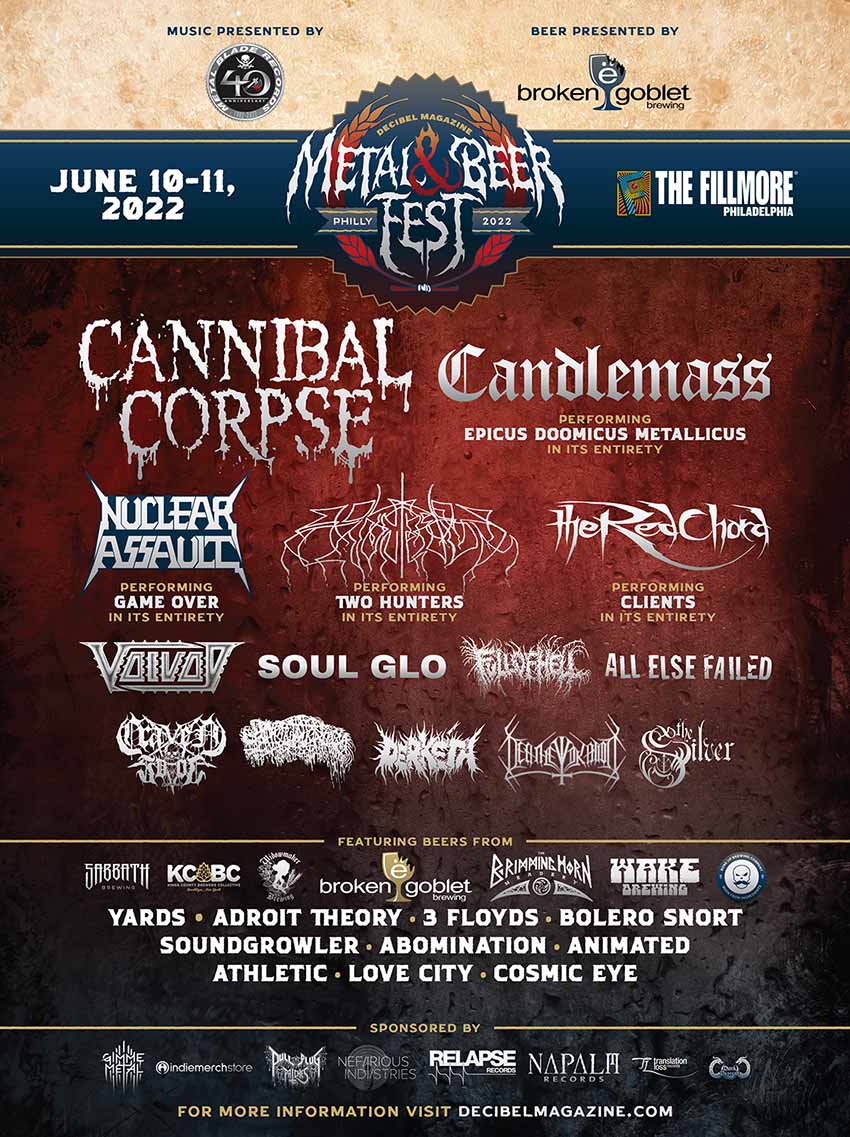