UK’s Download Festival – set for the 10th through 12th of June 2022 in Donington Park – has announced 70+ new bands for the upcoming gathering.

The 2020 and 2021 festivities were cancelled due to COVID, and now organizers are gearing up for a huge return in 2022 with giants KISS, Iron Maiden and Biffy Clyro previously announced to be leading the three-day get-together.

The bill is rounded out by a ton of newly added acts, including Deftones, Korn, Megadeth, Steel Panther, The Ghost Inside, Funeral For A Friend, Descendents, Electric Wizard, Sepultura and many more.

Here’s more info and the full line-up via an official fest announcement:

The mighty Deftones are coming back to Donington. With the massive success of their ninth studio album ‘Ohms’, released last year, expect to hear some killer new tracks played live. We can’t wait to hear the likes of ‘Genesis’ and new single ‘Ceremony’.

Korn will also be back for Download 2022. The two-time Grammy award winning band have cemented themselves as nu-metal legends. Expect to hear classics like ‘Falling Away From Me’ alongside newer tracks from their latest album ‘The Nothing’.

Also appearing on the Main Stage across the weekend: The Pretty Reckless, Rise Against, Theory, Black Label Society, Monster Truck, Those Damn Crows, The Raven Age, Powerwolf, and Wayward Sons.

SECOND STAGE
Grammy award winning thrash metal legends Megadeth will be headlining the Second Stage on Friday night. One of the ‘Big Four’ of thrash, Dave Mustaine and co will be back at Donington for the first time since 2016.

Remember to pack your spandex, and get ready to shout “DEATH TO ALL BUT METAL!”. That’s right – Steel Panther will be bringing their crazy antics to the Second Stage on Sunday night.

AVALANCHE STAGE
US metalcore troupe The Ghost Inside will be coming back to Download for the first time in 7 YEARS. Give them a warm welcome when they headline the Avalanche Stage on Friday night.

Funeral For A Friend will be taking us back to the MySpace days on Saturday night. We can’t wait to hear that ‘Roses For The Dead’ riff kick in!

And if you’re a fan of old-school punk, you’ll be stoked to hear that Descendents will be closing the Avalanche tent on Sunday night. These guys have been going strong for over 40 years – and classics like ‘Suburban Home’ still sound as good as ever to us.

DOGTOOTH STAGE
Often referred to as “the heaviest band in the universe”, Electric Wizard will headline the Dogtooth Stage on Friday night. Get practicing your pit moves. But don’t tire yourself out too much – you’ll want to save some energy for Sepultura on Saturday. ROOOOOTS, BLOODY ROOTS!

If that’s not enough, don’t forget that DL22 will be headlined by KISS, Iron Maiden and Biffy Clyro! It takes place in Donington Park on 10th-12th June 2022. Tickets are on sale now.

Get tickets and more info here. Check out the animated flyer below. 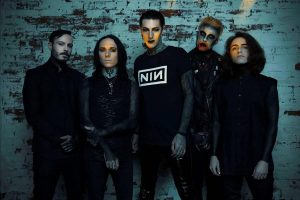 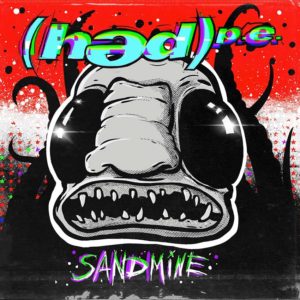