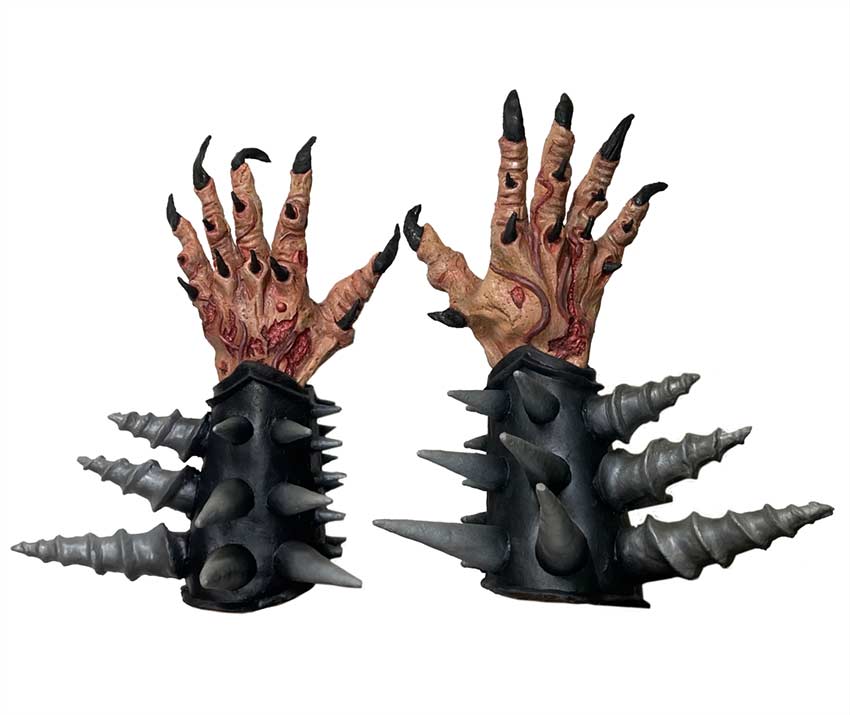 In honor or Oderus Urungus aka Dave Brockie (who sadly passed away on March 23, 2014), GWAR made available a pair of Oderus hands (pictured above) via an auction last month.

The hands were cast from the original molds sculpted by Dave Brockie himself, with proceeds from the auction going to the Richmond Harm Reduction with Health Brigade needle exchange program in his memory.

Apparently, the auction winner failed to pay for the amount they had bid, and now the band are offering the exclusive Oderus hands up for direct purchase for just $2,500 through their official website.

Several weeks ago we launched an auction to allow YOU to bid on and purchase a pair of original Oderus hands, cast by Brockie himself. All proceeds, including a matching amount from GWAR, were to be donated to Richmond Harm Reduction w/ Health Brigade’s needle exchange program.

However, even punier humans than you placed bids and then failed to pay the amount they had bid. GWAR have already donated the matching amount so rather than waste more of their space elves time chasing unreturned emails, they are giving you the opportunity to buy them outright.

As before, the proceeds from this sale will be donated to the needle exchange program.

If you would like to snag these one-of-a-kind hands before anyone else, you better go HERE now.

In honor of Dave Brockie, GWAR manager Sleazy P. Martini released a tribute video, which you can check out below.